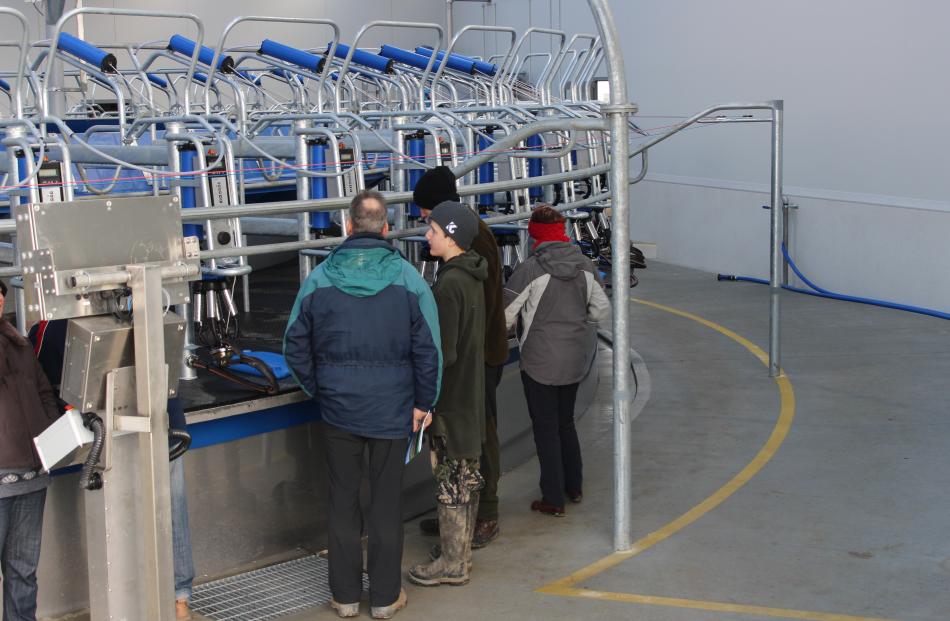 Visitors to the dairy hub inspect the milking shed, which is equipped with the best technologies on the market. Photos: Nicole Sharp 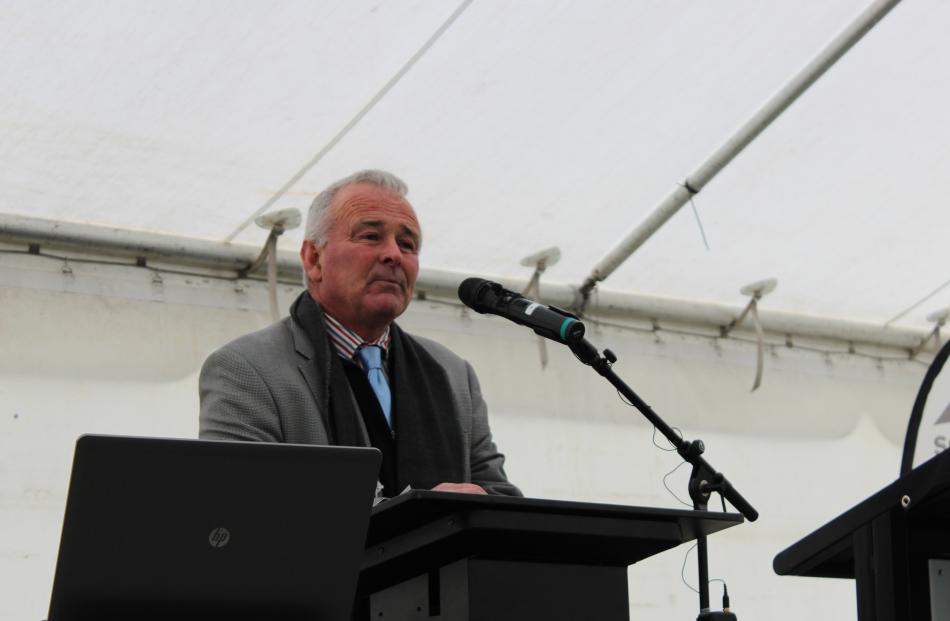 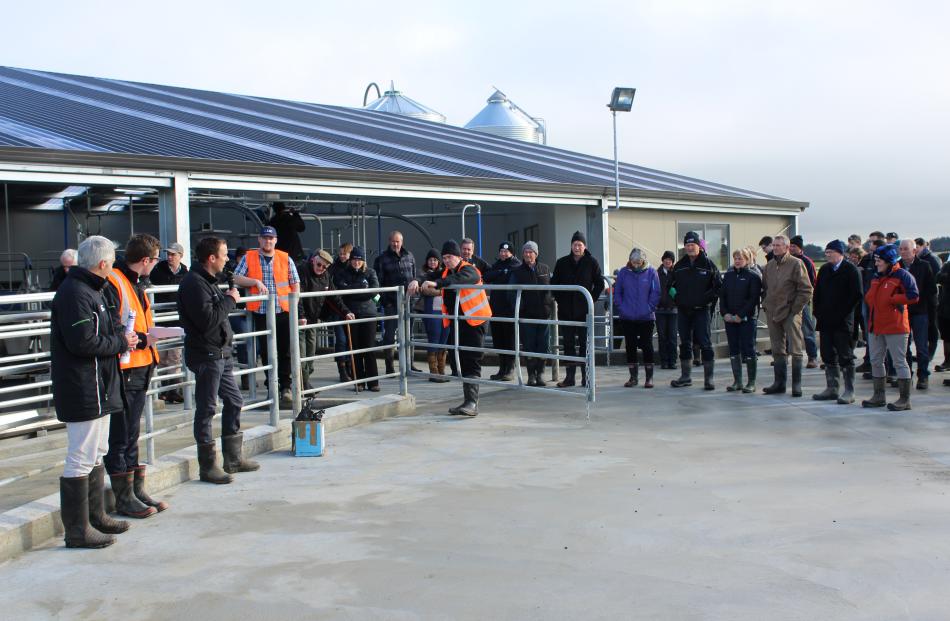 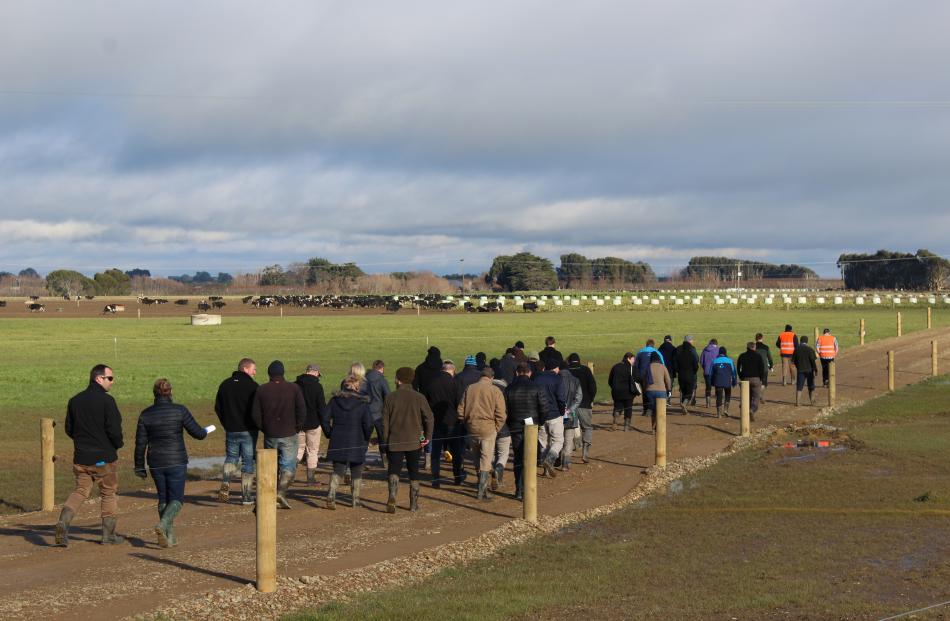 Visitors to the dairy hub head down the lane to look at winter crops planted on the farm.

Mr Horrell said it was a wonderful occasion to be opening the new dairy hub, with his unexpected elevation to acting Prime Minister coming a mere 10 minutes before the opening.

The hub was a testament to Southland's tenacity, determination and passion, he said.

''Southland is one of the power houses of the dairy industry.''

The road to the Southern Dairy Hub had been quite a journey of recent years, from rallying farmer and business support with $1.25 million being invested and principal investors DairyNZ and AgResearch investing $5 million each through to the work in converting the farm and putting in place the latest and greatest in technologies.

As the lease was expiring on the Southland Demonstration Farm, the Southern Dairy Development Trust (SDDT) was asked what was going to be the next move, he said.

''But the thing we needed was support from people.''

Mr Hardie and former SDDT chairman Matthew Richards presented their case to DairyNZ who offered them all of the resources they needed to investigate what the hub could look like.

''We then went to AgResearch and told them about what we wanted to do and delivered the business case.''

Both organisations then came on board, completing the ownership of the Southern Dairy Hub Limited Partnership with the SDDT.

The 349ha farm, near Wallacetown, was then purchased after much negotiations, Mr Hardie said.

''Anyone that was here on the 1st of November will tell you it looks a little different [now].''

To date, $19.6 million had been spent on the project, with $26.5 million drafted in the original proposal, Mr Hardie said.

SDDT chairman Tony Miles, who has taken over as chair from Matthew Richards, said as southern dairy farmers, everyone had a stake in the success of the Southern Dairy Hub.

But none of it would have been possible without the work of former chair Mr Richards, who worked endlessly to make the hub a reality, he said.

''This is about us having the ability to have scientists connect with those in the farming community.''

Having scientists and farmers being able to work together and engage with one another is as good as it gets, he said.

DairyNZ director Elaine Cook, who spoke on behalf of DairyNZ chief executive Tim Mackle, said the Southern Dairy Hub would create many opportunities for dairy in the future and DairyNZ was thrilled to be a part.

''We are always keen to partner with the farmers because with out farmers and regional investments we would not get things off the ground.''