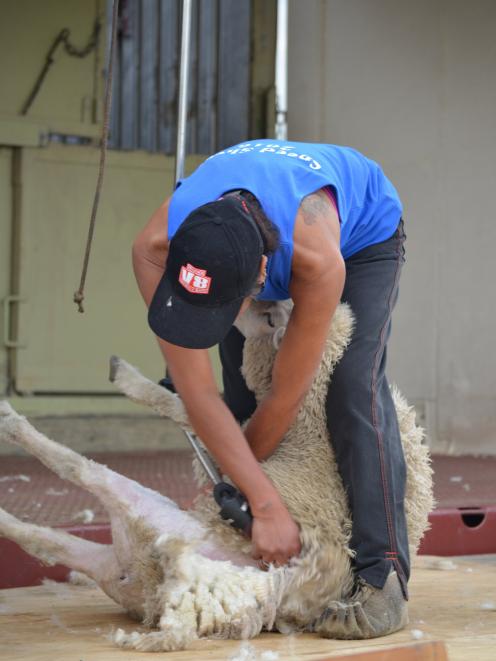 The event will include competitions for farmers and novices, former shearers, and intermediate, senior and open grade shearers.

Chairwoman Michelle Osborne said the event was for anyone who could shear, from shepherds to farmers, former shearers and those shearing now.

''It's all about time and tidiness.''

The event would be held at the Strath Taieri Hotel at Middlemarch, the action taking place outside the hotel in an open railway carriage.

Last year, the event attracted about 35 competitors, most of them from Strath Taieri, but some from shearing gangs further afield.

Miss Osborne said most of the money from entry fees, and funds from sponsorship, would go into prizes.

''We run it as a non-profit event, just for the community.

The the area had not had a speed-shearing event in more recent times, that Miss Osborne was aware of.

The hotel had been keen to have such an event, and had approached the young farmers organisation.

Miss Osborne said the young farmers club had started three years ago, had between 27 and 30 members, which was ''really good for a small area''.

The club did crutching as a fundraiser, got together socially, and organised a trip to the Glenorchy Races earlier this month.