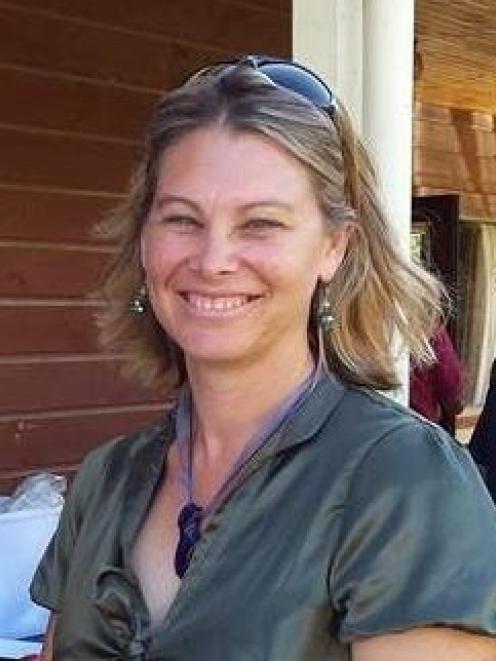 Beef and Lamb New Zealand's new extension manager for the central South Island not only has a passion for farming, she is also a trained chef.

Miss Stead started work last month, having returned from Australia where she had been working in the dairy industry and was looking forward to a new challenge.

Brought up on a dairy farm in south Auckland, generations of her family had been involved in farming and it was ''just something in my blood'', she said.

Miss Stead initially worked as a chef, but realised she wanted get back to farming and completed a bachelor of applied science at Massey University.

After graduating, she started work with what is now the Greater Wellington Regional Council as a land management officer.

She was responsible for about 80 sheep and beef farmers in the Wairarapa area, looking at poplar and willow pole plantings, riparian strips, wetland restoration, carbon planting and forestry block plantings.

She did a lot of land use capability mapping and was involved with the Riversdale Beach restoration project.

After nearly three years, Miss Stead moved to a similar role in Hawkes Bay, although her farmer numbers soared from 80 to 3000 throughout the central Hawkes Bay region.

She also looked after a Sustainable Farming Fund project, looking at the resilience in the Huatokitoki catchment and understanding the economic and environmental sustainability of the farm business.

After two years, Miss Stead decided to head to Australia where she worked first as a sustainable farming officer for the Northern Agricultural Catchments Council in Western Australia.

To be closer to New Zealand, she headed to Victoria where she worked for Murray Goulburn, Australia's largest dairy company.

As a farm care facilitator, she looked after the carbon project, which aimed to reduce emissions on farms, and was involved in health and safety, and employment issues on farms, farm mapping and organising workshops.

That was followed by a move to Dairy Australia, the national services body for dairy farmers and the industry, as extension co ordinator for the Murray dairy region, the biggest milk producing region.

She looked after five regional networks that were similar to Beef and Lamb New Zealand's farmer councils, she said.

Unable to face another summer of bush fires, Miss Stead decided to come home and secured the job with Beef and Lamb NZ. She had previously worked with the organisation during her five years with the regional councils. A strong believer in there always being a ''reason for everything'', she believed the reason for her return was to help farmers in the South Island.

Her job is based in Timaru and she is living in Waimate. While the central South Island was a large area to cover, she was used to long distances from her time in Australia, she said.

A Beef and Lamb New Zealand North and East Otago farming for profit field day will be held on Tuesday at Blair and Jane Smith's property at Five Forks, inland from Oamaru, at 1pm.

With the topic of managing pastures and stock for persistence and performance in challenging environments, the afternoon will concentrate on the dry conditions and animal nutrition challenges the dry presents.