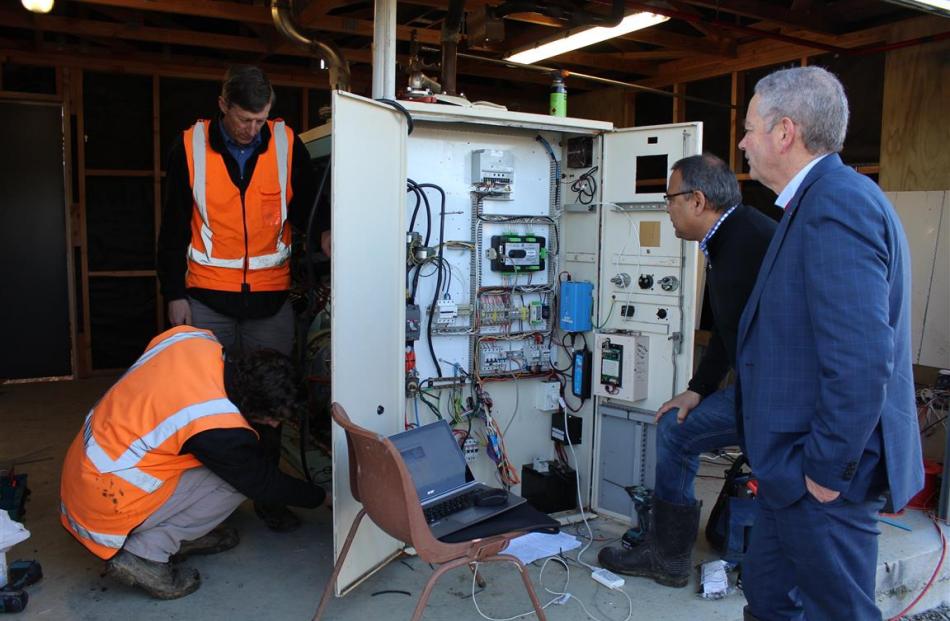 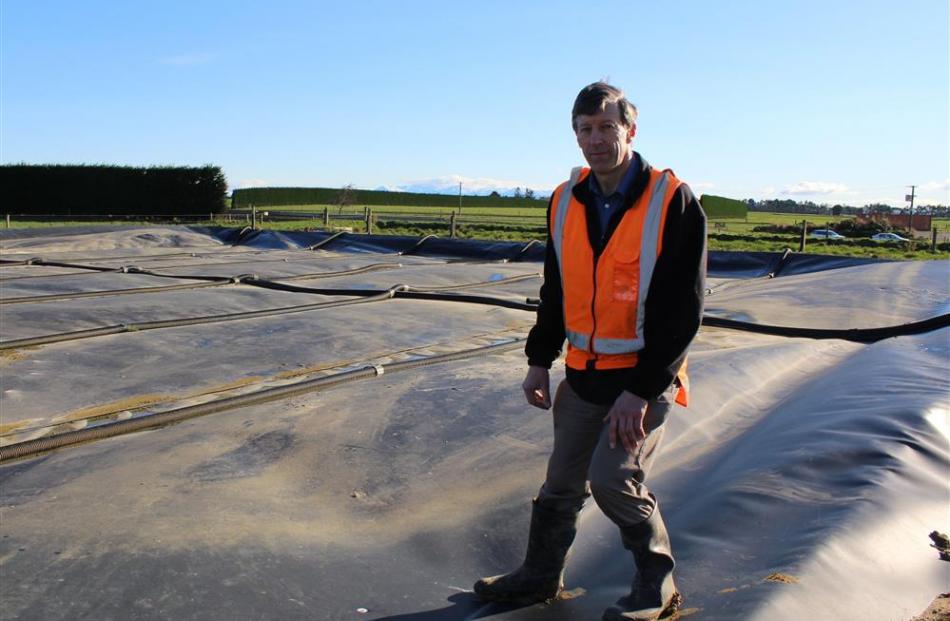 John Scandrett walks on the effluent pond where methane gas is being collected.

After two years of planning and design, a pilot plant producing electricity from dairy effluent methane is about to be commissioned on a Southland dairy farm.

The system is expected to generate about 50kW of electricity annually, enough to power about 75% of the farm's electricity needs and equivalent to the requirements of about 10 urban households.

Fittingly, the generator is also recycled. It originally ran on compressed natural gas and powered a Wellington hospital.

Even the heat and hot water the generator creates while converting the methane is not wasted - it is diverted to two large water cylinders in the cow shed.

Biogas occurs naturally when bacteria in plant material or waste begins to ferment.

About 75% of biogas is methane.

Dairy Green consultant engineer John Scandrett, who has been working on the project with his son Quinton, said the biogas from the effluent pond on the 900-cow Glenarlea property at Fairfax, near Otautau, was collected beneath a cover and piped about 100m to the conversion generator.

The concept of gas recovery from waste was not new, but until now it had been thought Southland's temperatures were too cool to produce enough methane to make a conversion plant viable, he said.

EECA contributed funding for the pilot from its technology demonstration programme, business project manager Dinesh Chand, of Wellington, who visited the farm on Friday, said.

There were already methane conversion plants operating at a piggery and a dairy farm in the North Island and another plant was under construction in Canterbury, he said.

"This is the farthest south, and as the temperature gets colder the [biogas] bugs don't work as well. So if we can get the bugs to work and produce methane here, it shows dairy farmers in the rest of New Zealand it could be done anywhere.''

Based on $25,000-$30,000 of electricity used on the farm each year, the system would pay for itself in about six years, Quinton Scandrett said.

Mr Chand said another big driver for EECA was the system captured methane which would otherwise disperse into the air.

"Methane is 23-25 times worse as a global warming gas than carbon. Carbon is bad, but methane is worse. All round there are huge pluses with this system.''

The pilot was all about "moving the concept in the real world'', he said.

"The trail blazers [like Glenarlea Farms] make it easier for farmers in the future to embrace the technology.''