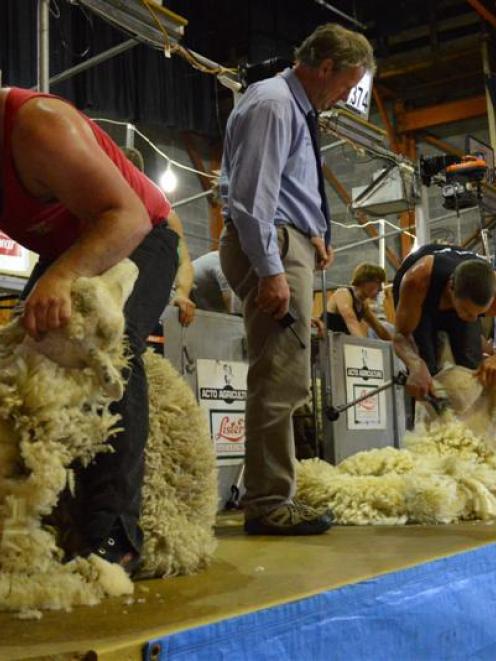 ''New Zealand have the best sheep shearers in the world, so it's good to learn from them and compete against the best.''

Mr Davies said most shearers in Wales were farmers rather than full-time shearers, but competitive shearing in Wales is flourishing as interest in the sport continues to grow.

''It's looking like a bright future for shearing in Wales ... we also have Welsh shearers competing at junior level in New Zealand.''

He represented Wales at four world championships, including finishing fourth and scoring top quality marks in Perth in 1986.

He was also one of the first three Welsh shearers to achieve British Master Shearer status.

Daniel won three senior finals in New Zealand in 2007, was third in the world championships final in Wales three years later and had his biggest win last year in the Royal Welsh Show's All Nations final, otherwise a regular hunting ground for New Zealand's best.

Jones, who with Daniel achieved third in the world championships teams event in Masterton in 2012, claimed what is thought to have been the first open-class win by a Welsh shearer in New Zealand, at Reefton during last year's tour, and in July won the Royal Welsh open final.

Smith (27) is the reigning Golden Shears and New Zealand open champion and has won nearly 50 open titles, while Coster (46) has been in more than 50 finals during more than 20 years of open shearing.

The remaining two tests are at the Southern Shears in Gore on Saturday, and the Pahiatua Shears near Palmerston North on February 23. The tour also includes Welsh clashes against provincial invitational teams.