Women are 'half the equation' 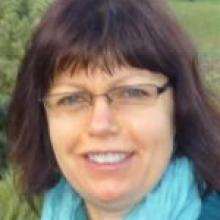 They were often overlooked yet they made a very valuable contribution, Mrs Neeley said, describing them as "half the farming equation".

Frequently, their work was behind the scenes, either in administration or organising what was happening on the farm, and they were also "bringing up future farmers", she said.

Mrs Neeley was delighted to be appointed to her new role - "I think it's good for women in farming to get out there and to be part of it" - and she was looking forward to working alongside president Mike Lord and senior vice-president Stephen Korteweg.

Brought up in Northland, she always wanted to be a farmer.

After she married Bob Neeley, the couple moved to Southland, and they have been in the South about 20 years.

They then sought to buy their own dairy farm but the price of land was rising and cow prices had gone "ballistic".

They decided to make a fundamental shift and go sheep farming.

They found a farm in the Katea Valley, near Owaka, and have been on the 200ha property for three years now, farming a combination of sheep, beef and dairy grazing.

It had been a big learning curve and they had been very fortunate with the help they had received in the district.

"We're starting to know a bit more about sheep."

The couple also bought a pedigree herd of Luing cattle, a Shorthorn-Highland cross that evolved on the island of Luing off the west coast of Scotland.

The Neeleys were looking for a medium-size animal that was "a bit different". They saw Luing cattle for sale on the internet and travelled to Te Anau to view some. The breed had lower birth rates and grew "terrifically well", plus the couple enjoyed the pedigree recording side. They now have 38 breeding cows, 27 calves and several bulls.

Although the couple had put in lanes and subdivided paddocks, and the "running joke" in the district was when the dairy shed was going to turn up, they had resisted the urge and enjoyed what they did.

Mrs Neeley was delighted that the sheep industry was having more buoyant times.

"There's certainly a lot more smiley sheep and beef farmers around. It's really good to see."

Her involvement with the Animal Health Board started when she joined the Southland regional animal health committee as a sharemilking representative.

From that grew a position whereby she was contracted to the Animal Health Board as communications co-ordinator for Southland, a part-time role she could do from home. Getting rid of Tb in Southland was something she was very passionate about.

She worked at that job for four years then went back to the farm full-time. However, after three years of developing the property, she felt she had more time and wanted to give something back to farming.

Mrs Neeley believed Federated Farmers was a "vital" organisation and she encouraged farmers to get behind it "because we're a minority group in New Zealand".

She liked national president Don Nicolson's style of leadership, saying he was one of the reasons she was inspired to get involved.