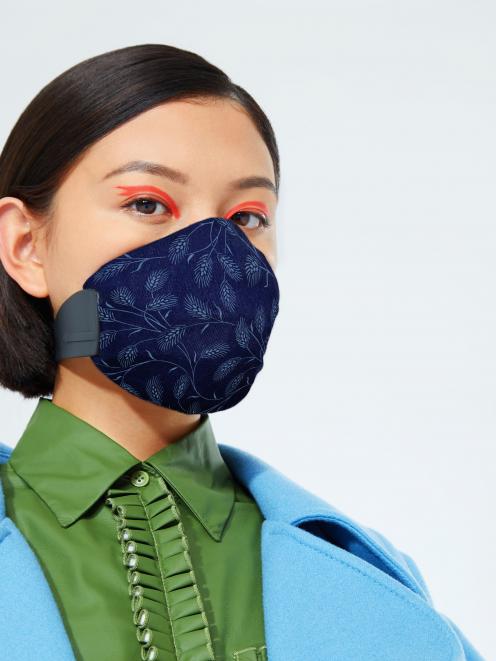 Mr Davenport is chief executive and founder of the Auckland-based company, previously known as Texus  Fibre, which specialises in fibre innovation and developing functional materials derived from wool.

Wool from sheep developed by Wanaka man Andy Ramsden, from the Dohne, Cheviot and Finn breeds, and trademarked as the Astino breed, is used in healthcare products.

At the beginning of the year, Lanaco signed an investment and distribution agreement with Healthy Breath to have the Helix Filter used in a new generation of urban masks marketed to Asian consumers.

That was a ‘‘fantastic opportunity’’ and Lanaco was determined to make the most of it, Mr Davenport said. It had been a busy year building the business and manufacturing product, Mr Davenport, a material applications scientist, said. The decision was made to consolidate all its activities in one location. Previously, it had a manufacturing plant in Christchurch but the research and development factory was in Auckland, along with the head office, key staff and key customers.

It was a logical decision to ‘‘put it all together’’, which happened earlier in the year. That was no mean feat for a fairly small organisation but it had proven very successful, he said.

The end-to-end research, product development and manufacturing hub also housed Lanaco’s partner Healthy Breath Ltd. Face masks going into China and other Asian countries had been a goal for some time and that was now coming to fruition.  There were other projects under way in other market sectors for respiratory applications either in-home or medical devices, and there was a lot going on with developing new markets, Mr Davenport said. Lanaco had focused on the supply chain from the start as well as total traceability and the ability to control attributes to deliver the performance  sought.

Lanaco’s markets were very demanding technical markets. It was  competing against synthetics with a natural product  and was using its product’s functional attributes to that end.

The key element throughout the whole process was that the farmer had to have a better return than on any other programme. Without willing growers, there would not be a supply chain.‘‘We want farmers who understand what we want and want to come along with us on this journey at the higher end of the value chain,’’ he said.

He believed there was a ‘‘massive’’ opportunity to lift returns and while the specific genetics would not suit every farm,  it had ‘‘massive potential’’ across New Zealand.As the company embarked on making bigger devices, the volumes of wool required were ‘‘colossal’’. While he did not believe supply was going to be an issue,  he did not expect the impact on the industry to be minor.Mr Ramsden said Astino represented a  step-change in the industry.  ‘‘It’s increasingly clear that supplying generic wool on the open market is not sustainable. The way forward for farmers is two-fold — transitioning to innovative new breeds that are branded and controlled; and forming partnerships with manufacturers like Lanaco, who have the global reach and marketing capability to earn a premium,’’ Mr Ramsden said.