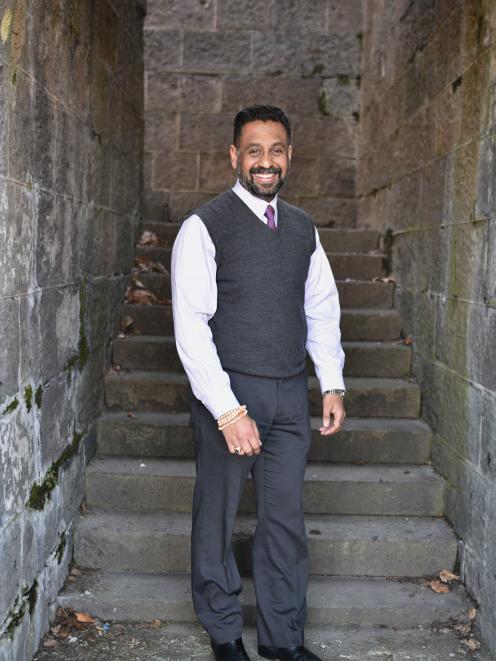 Mr Sehgal moved to Dunedin two years ago to help set up the New Zealand Centre of Digital Excellence (Code) and had been planning the school for about a decade.

During a 12-week course, students would learn about 3-D film technology, script writing, editing and working with industry professionals.

Virtual production was an increasingly new way of making films which created a physical environment in the digital world, similar to animation, he said.

A core focus of the course would be encouraging Maori and Pasifika people into the film industry, he said.

"We all know the narrative that Maori and Pasifika are suffering and that has been going on for decades.

"We want to encourage rangitahi and fresh talent into the tech sector," he said.

The school was in consultation with the Ministry for Ethnic Communities and iwi around the country for funding and scholarship opportunities, Mr Sehgal said.

Covid-19 had had a "massive" impact on the film sector’s workforce but he believed it also created a "massive" opportunity for New Zealand’s sector to get ahead of the game.

"All we have to is look at Dunedin’s sector when RocketWerkz moved to Auckland, they were doing amazing stuff but when they left people lost their jobs.

"Also, with the borders being closed we can’t get any talent in from overseas," he said.

The course would initially be taught online but planning was under way for a location in Dunedin.

Mr Sehgal wanted to create a hands-on film production suite in a suitable space rather than a classroom environment.

"We don’t want to become just another school, as in the students are just a number — we want to set it up as an actual production studio where graduates can keep working and creating their own films," he said.

Mr Sehgal hoped graduates would stay in the Otago and Southland region.

He believed most of the country’s film production was done in the lower South Island so it made sense to have a training scheme in Otago.

"There is not much [production] in Auckland and Wellington except if that is the story," he said.

The first intake starts in September.

Nice, dude :) this a a really cool idea and a great thing for you to do for people.
Cheers, brother! Gratitude deserved.