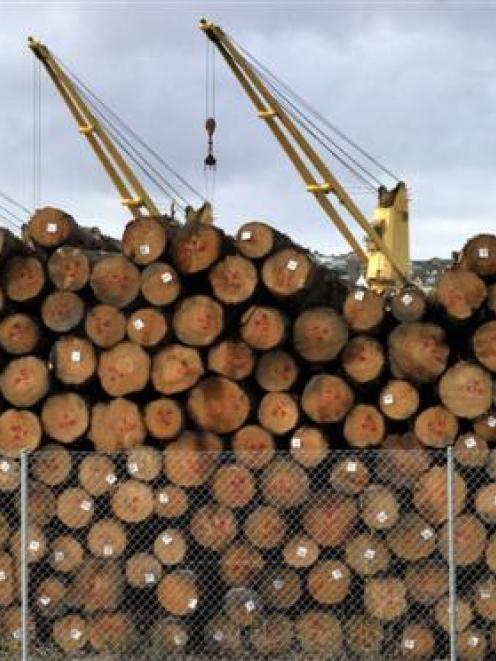 Log prices have risen in the past month. Photo by Gerard O'Brien.
Log prices, which remained flat most of last year, have risen markedly during the past month, the latest ASB New Zealand Commodities Weekly shows.

Chinese inventories were run down over 2012, keeping prices in check during that time and limiting the volume of imports, Agrifax reported.

Inventories had now reached a low level, suggesting prices would be supported by additional Chinese demand.

The expected reacceleration of the Chinese economy and the Christchurch rebuilding work would also be positive factors.

Lamb prices weakened again during the week, continuing a slide that started at the end of October. Since then, prices have fallen by more than 18% in New Zealand dollar terms. There were upward movements in wool and log prices.

The latest US Department of Agriculture's bi-weekly price report showed prices for most dairy ingredients increased from their previous levels, although cheese and whey powder prices were unchanged.

While the increases were modest, they did reflect continuing production concerns for New Zealand and Australia, Prof William Bailey, of the Department of Agriculture at Western Illinois University, said.

Limited moisture was expected for New Zealand for the next several weeks, keeping pasture conditions less than ideal for a long tail to the production season.

The use of agricultural commodities as loss leaders to lure customers into grocery stores to purchase more expensive branded products, such as cereal, water or coffee, had started to have an impact on the Australian dairy industry, Prof Bailey said.

Several Australian supermarket chains were attempting to keep fluid milk prices low, almost to less than the cost of production in some cases, in an attempt to get customers into their stores. As a consequence, the Australia dairy industry, particularly in Queenstown, was shrinking, he said.

It had been reported the number of dairy farms in Queensland had ''declined precipitously'' in the past few years. 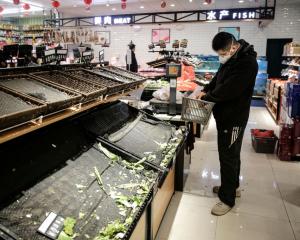