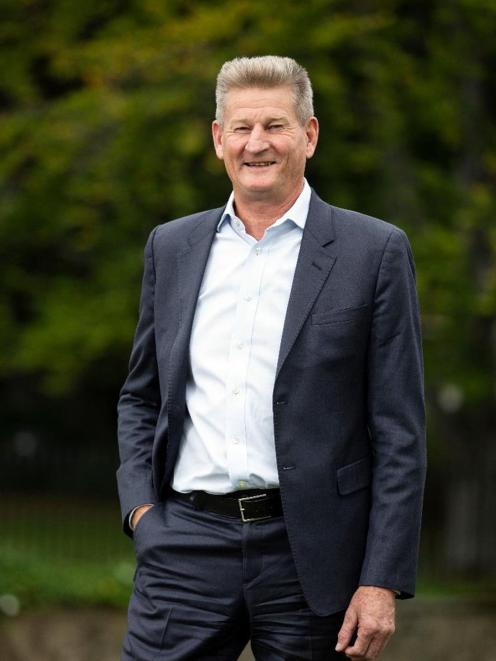 David Darling was out hunting on the hill one day when his cellphone rang.

It was a woman from the Bay of Plenty who asked if she could talk to him about the Cxbladder cancer diagnostic kit. Halting his hunting, he said "sure".

Her husband had been diagnosed with bladder cancer and had two tumours removed. But bladder cancer was an insidious disease with a very high recurrence rate of about 70%.

His caller, not knowing if a tumour would appear again "next Saturday, Friday or Monday", wanted to understand how Cxbladder worked and if they could use the technology.

The woman — many of the responses the company received were from wives and mothers — vowed they would use the test initially weekly and then monthly. The cancer has never returned.

And it is stories like that Mr Darling still gets a kick out of, even after 18 years with the Dunedin-based company which is making a meaningful difference in the detection and management of cancer globally.

Its products were built from its proprietary genetic databases which were used to identify diagnostic and prognostic biomarkers for cancer.

Its intellectual property covers the areas of bladder, gastric, colorectal and endometrial cancers and melanoma, but its commercial focus at the moment is on bladder cancer products.

It is the only company in the world with four proprietary molecular diagnostic tests for one specific cancer, having built a suite of tests for bladder cancer.

Mr Darling acknowledges the concept and science is complicated, the business model is comprehensive; but, in summary, it has all been about having a big vision. "The cool thing is we’ve built it all from No8 wire, from the ground up."

That wasn’t to say that it was all beer and skittles.

"You’re constantly getting knocked over" — and he has had disgruntled shareholders yelling at him down the phone.

But the key was resilience — a lot of that — and great support. And they had been "tremendously lucky" to have such fantastic shareholders, including the likes of Sir Eion Edgar and Sir Stephen Tindall — "absolute mountains of men".

Pacific Edge was now a global business, with a market capitalisation of more than $700 million, but go back a few years and "if I’d gone to the board and said this is what Pacific Edge looks like in 2021, they’d have put me in a straitjacket and shuffled me off".

Such medical technologies had a "phenomenally long lead" in them; their development took a long time and energy and a lot of money.

Pacific Edge was one of the sharemarket’s strongest performers last year, Forsyth Barr analysts describing it as a "transformational" year, ticking off key milestones leading to a substantial re-rating and a return to S&P/NZX50 inclusion.

It was in the early stages of its commercial growth journey. It had been a long time coming, but recent milestones had changed business momentum substantially. During the course of the year, the share price went from 12c to $1.22, a whopping 917% increase.

It notched up two of its most significant commercial milestones: agreement with Kaiser Permanente, one of the largest healthcare providers in the United States, to use its tests; and receiving inclusion in a local coverage determination, which was the final step needed to gain national reimbursement in the US.

Kaiser Permanente has more than 12 million members, operates 39 hospitals and employs about 23,000 physicians, while coverage under the LCD enabled reimbursement from the Centres for Medicare and Medicaid Services (CMS), for two of its Cxbladder products.

Those two milestones were the triggers for ANZ Investments to approach the company and offer to invest $22 million at a 14% premium to the prevailing share price.

Speaking at last year’s annual meeting, Pacific Edge chairman Chris Gallaher said that was a real financial vote of confidence in the company and its prospects, and had enabled it to broaden its institutional shareholding base and raise growth capital in a very cost-effective manner.

Inclusion in the LCD was one of its biggest achievements to date and enabled it to receive reimbursement for the many CMS patients that utilise Cxbladder.

CMS was the national insurer for those over 65 — around 62 million people were currently utilising it — so it was a large pool of people, Mr Darling said. Nothing was more complicated than reimbursement in the US and it had taken quite a while to navigate that.

Ticking off those two milestones was another a-ha moment. It seemed like the company was "forever climbing mountains", with the last one being Mt Everest — which was getting paid for it in the US.

While the US market remained its primary commercial focus where the total market size for bladder cancer was estimated to be more than $US5billion. New Zealand was the home market and leading the way with the adoption of Cxbladder and inclusion in guidelines.

There had been significant changes in the way most New Zealand urologists practised urology, with Cxbladder added into the standard of care for the majority of public healthcare providers. Things could be done a lot of faster in New Zealand — 11 of the 20 DHBs incorporated Cxbladder into their clinical pathways for urology services.

When the world first started to go into Covid-19 lockdown last year, physicians were "running around like chickens with their heads cut off". Patients with bladder cancer, or those needed to be checked or monitored, were also at-risk patients for Covid, Mr Darling said.

Tele-medicine flourished through the pandemic. Before Covid, about 30% of Kaiser Permanente’s medical consultations were tele, now that was running at 95%.

Cxbladder allowed patient evaluation and assessment to be managed remotely. The process incorporated the delivery of sample kits direct to patients’ homes and then collection and delivery to the laboratories for analysis, encryption and return of the result.

It was a non-invasive way to get a sample; each of the tests included a test tube filled with a proprietary buffer that preserved the Messenger RNA in the patient's urine sample. That "juice" — "like Colonel Sanders’ spices"he quipped —which had to be developed and is now manufactured under licence in Europe, meant a sample could be taken from somewhere in the world and transported back to the lab, without degrading.

Mr Darling describes Pacific Edge as an exporting company, one that is an exporter of IP and a net importer of urine. Its core competency was it was ‘really good at getting high quality info out of urine".

A commercial laboratory in Dunedin looked after the New Zealand, Australia and Singapore market, while one in Hershey, Pennsylvania — "many times larger" — looked after the US market. In the future, it was likely another hub lab would be set up in Singapore for logistical reasons.

The company had been kept lean, although it was now in a growth phase. It was still a very small team with 30 in Dunedin, 35 in the US, one in Australia and one in Singapore.

It was a tremendous accolade to people that had been involved in making it all happen and they had "phenomenal" people who performed "unbelievably" on the global stage, he said.

Every year, Pacific Edge also took on interns. Some 50 science students were screened and the successful candidates then did a three-month internship, funded partly by the Government. Last year, it had five, this year it had two.

He loved being based in the Centre for Innovation at the University of Otago, in the heart of the university’s campus. Pacific Edge was the first commercial tenant in the building and it was the "right environment" for the company, he said.

For the company, it was now about scale and growth.

"We talk about global domination from Dunedin," Mr Darling quipped.

Others were now telling them around the world that it was a cool place to be. But it was a hard place to be in the front.

"Everyone wants to knock you off, as the All Blacks will tell you."

"For us going forward, we have to get some serious capital and start doing more of what we’ve done.

"We have global domination from Dunedin, that’s our plan and we love being here."