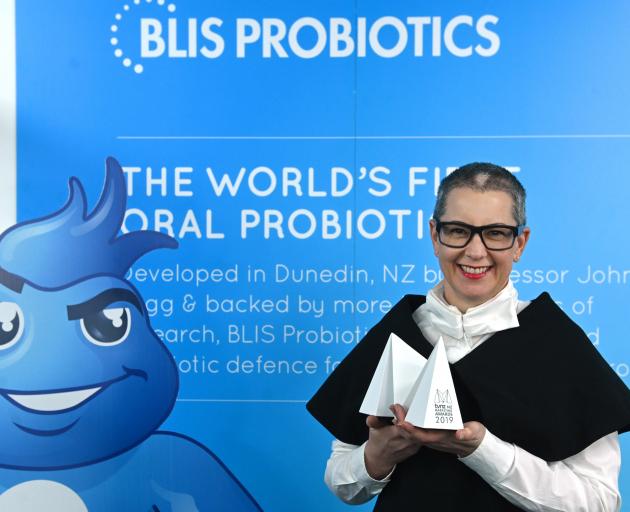 Not to worry, K12, the team’s latest mascot, is there to help the Highlanders fight the "bad bugs".

The addition to the team is courtesy of Dunedin probiotic company Blis Technology which has signed a deal with the Highlanders to help promote its Elite-Pro throat probiotic, a lozenge aimed at professional sports men and women.

The sports probiotic comes with the assurance that it will not fall foul of the banned substances list.

The K12 probiotic is actually the active ingredient in a range of mouth products produced by the company, the hero of which is Blis Throatguard, the No1-selling throat probiotic lozenge in New Zealand.

Last month, it also scooped the probiotic product of the year in the Australian market, after getting TGA acceptance as a complementary medicine in April.

The accolade and new product launch mark something of a turning point for the NZX-listed company, which last year announced a modest $400,000 maiden profit from total revenues of $8.4million.

This year, the company has been on an international growth curve, pushing half-year revenues by 74% to $5.4million with a surplus of $1million — largely on the strength of both its K12 and M18 probiotic live strains.

She said on the local front, the company, which had 22 staff in its Dunedin manufacturing, lab and management team, had focused on its research and was "well advanced" with new products which Blis intended would be rolled out next year.

She said the new product, which would include K12 and other biotics, was aimed at providing "total body immunity".

Ms Curphey, who formerly worked with the global biopharmaceutical company Pfizer, said one upcoming challenge for Blis would be the expiry of one of its K12 patents next October.

"That has focused our energies on strengthening our intangible assets, such as our brand," she said.