Hotel St Clair up for sale 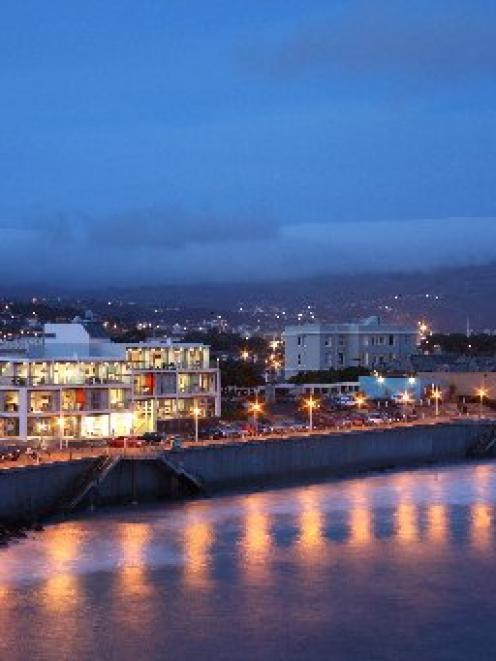 Hotel St Clair, at the southern end of the Esplanade, at St Clair. Photo supplied.
Hotel St Clair has been put up for sale by Milton's family-owned Calder Stewart group of companies.

The 26-room hotel, Pier 24 restaurant and conference room were opened in December 2009, after Calder Stewart took over 100% ownership while building the hotel.

''However, we believed from the start that the hotel had huge potential.

''Our strategy was to build Hotel St Clair up to the point that it was proven and attractive to a specialised and experienced operator,'' he said yesterday.

Colliers International tourism broker Barry Robertson, of Queenstown, said the hotel would also be advertised internationally. The hotel had record occupancy levels during the 2013-14 accommodation season and for the year ending February 2014, Mr Robertson said.

''We believe there is the opportunity for an experienced operator to leverage the investment we have made in the team and operations, and take it to world-class five-star level,'' Mr Stewart said.

Mr Robertson declined to give an indicative pricing range, saying tenders would be open until July 25, unless it sold earlier.

The hotel project was started by developer Stephen Chittock, who had acquired the land and driven zoning changes within St Clair's Esplanade block.

The construction was a joint venture between Mr Chittock and Calder Stewart.

When construction began, in 2008, the hotel's build cost was estimated at $6 million, with a completed valuation of between $8 million and $9 million, but construction costs rose to about $10 million.

In March 2011, Calder Stewart bought Mr Chittock's one-third share in the hotel for an undisclosed sum.

Mr Chittock's development companies were in August 2011 placed in receivership by the receivers of South Canterbury Finance.

The hotel was awarded Best New Hotel 2010 by the Hospitality Association of New Zealand.