Koura farms in forests a win-win 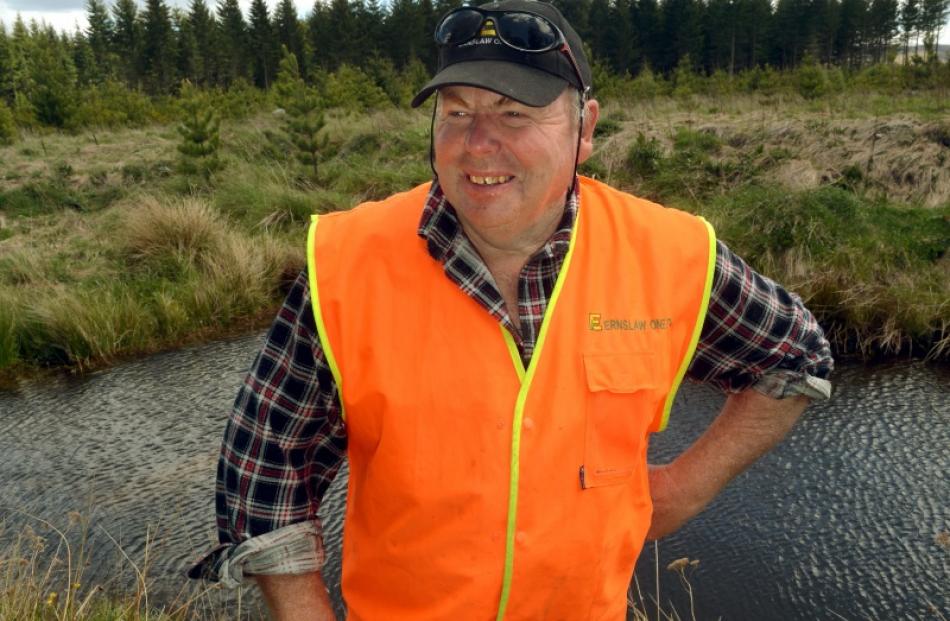 Ernslaw One Naseby forest manager Greg Kendall beside a koura pond in the forest. Photos by Stephen Jaquiery. 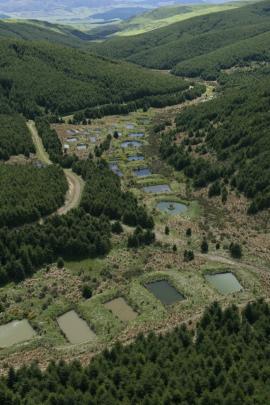 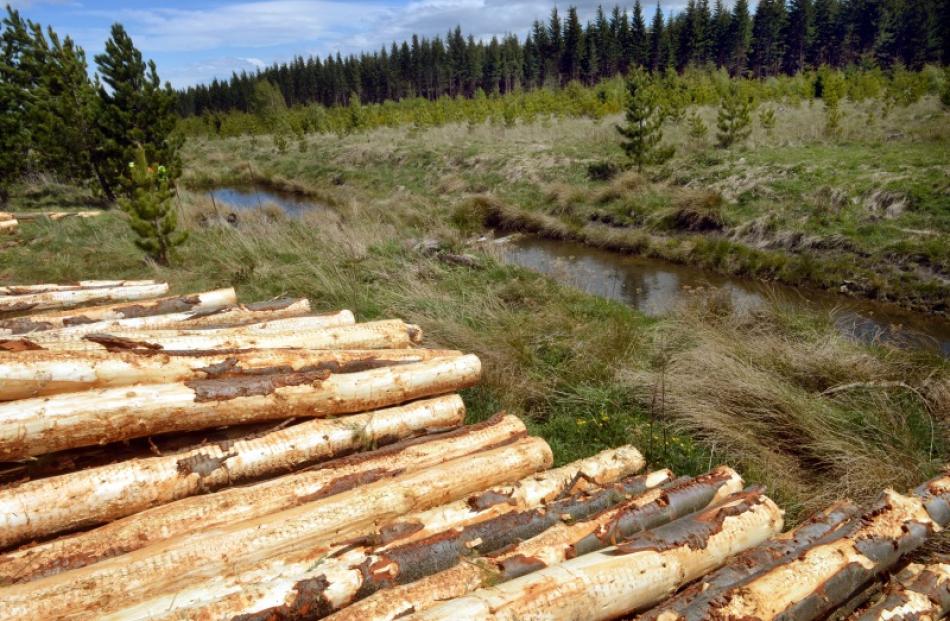 Logging and koura farming operate alongside each other in Naseby Forest. 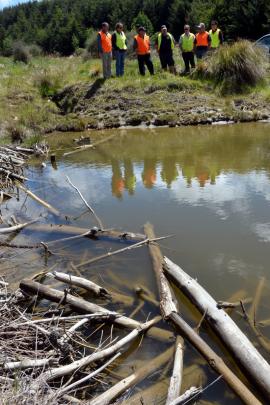 Naseby might be best known as the capital of curling but at 760m above sea level, it is also the site of the highest koura farm in New Zealand.

Since then, the company has been utilising fire ponds in its forests, spread throughout Otago and Southland, to provide an additional revenue stream while also creating new ponds specifically for koura.

A Sustainable Farming Fund project helped undertake research to identify ways of significantly increasing the carrying capacity in the ponds.

Recently, a meeting was held in Naseby to update those involved in the project on its findings and also to look at some of the ponds.

It was Greg Kendall, Ernslaw One's Naseby forest manager, who came up with the idea of farming koura.

A staff meeting was held after log prices dropped during the global financial crisis and a brainstorming session was held to identify what else could be done on forest land to create income.

Mr Kendall had been thinking about such an initiative for a long time and believed the company should trial it.

There was a mix of encouragement and resistance from various stakeholders at the start, Ernslaw One's regional manager, Phil De La Mare, said.

By February, Ernslaw One would have more 2000 ponds spread through Otago and Southland.

In the upcoming year, pond habitat would be created based on research findings.

Research would continue and there would be a focus on further developing local markets for the Keewai-branded koura, as well as exploring export opportunities, Ernslaw One aquaculture manager John Hollows said.

The Sustainable Farming Fund grant helped with more in-depth scientific research on ponds and enabled development of a best-practice guide for koura farming.

The guide would provide for all levels of koura farming, from the hobbyist and local community operations to commercial scale, with a focus on using koura as an additional revenue stream from existing productive land.

A draft of the guide would be released in February for input.

When Ernslaw One started investigating koura farming, there was no guide, Mr Kendall said.

''What we have learnt as we've gone on is important to us and certainly saves a lot of other people a lot of time. Now, there's a path to go down if someone wants to be a fish farmer,'' he said.

''There are still a few mysteries but some of the biggies are solved. It's a good story,'' Mr De La Mare added.

It took time to get the various approvals and permits and it had been a real challenge, but also very enjoyable.

''We know we can go a long way further with the development of it and we like showing it to people,'' Mr Kendall said.

Given the weather extremes, Naseby might not be an ideal place for such a venture, compared with Southland, where there was much higher rainfall and a lot more food.

''If we can do it here, with extremes of weather ... it's pretty easy to do elsewhere,'' he said.

There was potential to build 50 ponds a year for 10 years.

It was a ''win-win'' for Ernslaw One, using land that was otherwise unproductive to produce a good product that was ''as natural as it gets''.

Logging and fish farming could be done in tandem and the most exciting part was the support from the forest owners, he said.

Use of artificial refuge ponds, including rowan bundles, coprosma bushes, bracken bags and broom, translated to a ''quite significant'' increase in overall biomass in ponds, Mr Hollows said.

As well as more koura, there was also quite a large increase in dragonfly larvae.

There appeared to be no difference in the type of refuge that koura preferred.

Watercress was also being planted in pond centres to provide refuge and food.

The project had generated much interest throughout New Zealand and information about koura farming was spreading quite widely, Mr Hollows said.

More field days and presentations would be held as Ernslaw One ''generally spread the word'', he said.

''It's a very natural product ... there seems to be a premium for healthy food these days. If you've got a crayfish that looks and tastes good and the story behind it, it's sort of a marketer's dream, really. It's a really positive story,'' he said.

The first sales were made earlier this year to Hilton Queenstown.