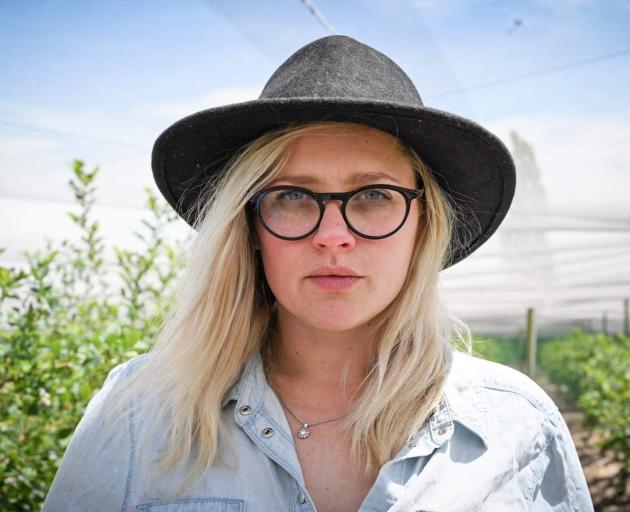 Wanaka entrepreneur Chanelle O'Sullivan has launched her startup company Borage + Bee Meadery. The honey-infused drink will be on shelves around the country and available online this month. PHOTO: SARAH DRUMMOND
Chanelle O’Sullivan sees a need for mead. 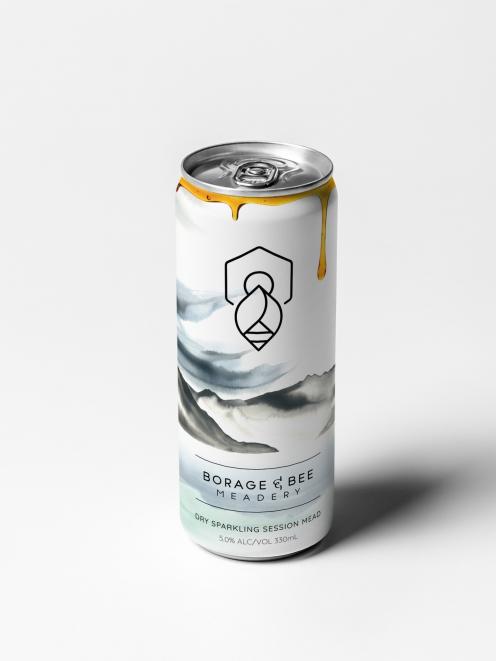 The cans feature a watercolour painting by Wanaka artist Sophie Melville.
The Wanaka-based entrepreneur has launched startup company Borage + Bee Meadery and the honey-infused drink will be available in stores around the country and online this month.

Traditionally a still wine, sweetened by honey and fermented by yeast over time, its origins trace back more than 9000 years. It is arguably the oldest alcoholic drink known to mankind. Borage + Bee mead is carbonated to give it a modern twist.

Mrs O’Sullivan (32) and her husband, David, live on the shores of Lake Hawea with their children Izzy (8) and Hunter (5), having shifted from South Canterbury in April last year.

An experimental home brewer for 10 years, during which time she raided roadside apple trees for cider and riverside plum trees for fruit wine, she ventured into mead making in August 2018 after reading about it in a magazine.

Mead was becoming "quite a big thing" in the United States, she said. She had been watching the market there for a while and there were new meaderies opening regularly.

The US tended to set the trends that were then seen in New Zealand when it came to alcohol consumption and she was keen to "catch that first wave" over here.

While Mrs O’Sullivan knew the basic principles of how to brew, she enlisted the help of Dunedin-based qualified brewer, scientist and beer judge Sam White.

She described herself as the "ideas and big picture" while he was into the intricate details of brewing, so it proved to be a good balance.

Four University of Otago food science undergraduates were also involved, experimenting with flavour and methodology trials in the laboratory.

When it came to the taste, Mrs O’Sullivan said people needed to "go into it with an open mind".

"It’s not what you expect. Everyone says, ‘is it like a beer or cider?’ It’s like neither," she said.

It was very crisp, refreshing and dry and her husband — a craft beer lover — drank it by choice, which was a "good gauge", she said.

Mrs O’Sullivan’s goal now was to have it stocked in supermarkets nationwide and to open a custom-built meadery in the Wanaka area.

The majority of people she collaborated with for the business lived in the Southern Lakes region and she wanted to tell the story of the region through her product.

“Entrepreneurship is celebrated in this think-outside-of-the-box area and it’s a really supportive community to live in,” she said.

She was looking to support local in return and chose to use only small family-owned apiaries to supply the honey for Borage + Bee’s mead.

“My goal is to be really transparent. I want to know exactly where my honey comes from and my strict belief was that we would not be using any sulphites or chemical additives. There are no artificial flavours, colours or preservatives and certainly nothing that can only be identified as a number in a Borage + Bee can.”

“Essentially, there is nothing in our mead other than honey, yeast and water, until we start playing with New Zealand-grown botanicals, herbs, spices and fruits,” she said.

Environmental impact was also very important and that was why she chose cans over bottles, and recycled cardboard and sugarcane-pulp can rings over plastic.

"Every bit counts and we wanted to start on the right side of history,” she said.

Mrs O’Sullivan had lots of ideas for Borage + Bee, saying the opportunities were endless.

With her entrepreneurial spirit, sometimes things did not progress or they did not turn out to be right for her, or she lost interest.

But two years into her mead journey, she was "still absolutely loving it".

"That’s pretty good for my personality," she said.