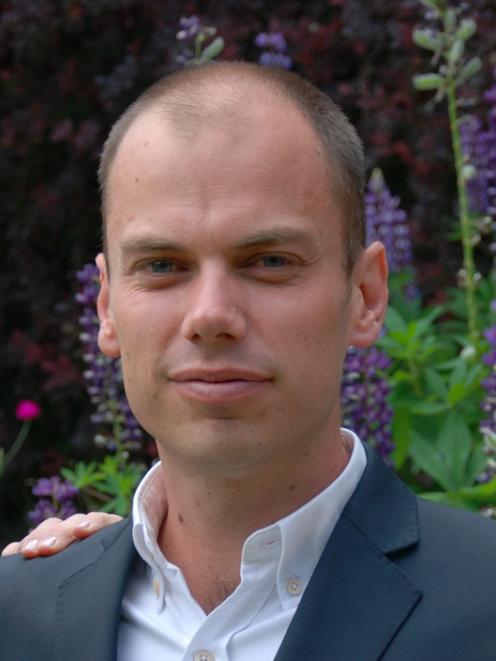 Richard McLeod. Photo: Supplied
When lockdown ends and people return to bars and restaurants, it is likely customers will have to register their details — and that is about to get a lot easier thanks to a Queenstown business duo.

Richard McLeod and James Arnott, who own bars in the resort, are majority shareholders in new app, GuestHQ.

The app could assist the Ministry of Health to contact those who may have rubbed shoulders with somebody who had Covid-19 by logging who enters a business.

Mr McLeod said before lockdown, the Government asked bars and restaurants to keep registers of their customers, and ‘‘we could see it was going to be a total nightmare’’.

Solutions included pen and paper logs which left personal details visible to the next customer in the queue, long lines at tablet stations and shared equipment fraught with hygiene issues.

However, Mr McLeod and Mr Arnott thought they had a better answer — and 2000 businesses signed up across New Zealand seemed to agree.

‘‘We released this really simple check-in application within 48 hours, the developers worked over the weekend and we got it out on the Monday.’’

The pair thought things would stall after testing, but the opposite had happened.

The app was among those being used by the Farro Fresh supermarket chain in Auckland and the West Auckland Licensing Trust to log customers.

The process was simple: customers registered once on the website and then used the app on their phones to check in quickly upon entering building.

‘‘You select the venue and hit check-in, then you get this nice, big green tick on your screen,’’ Mr McLeod said.

That’s shown to staff, while the customer’s details are held securely.

‘‘As a consumer, you are not going to want 25 ways of checking into all these places.’’

Having a uniform way of managing data it would also make it ‘‘10 times’’ quicker for healthcare professionals to track down those who may have been exposed to the virus, he said.

The app had already attracted international interest, and Mr McLeod hoped success could lead to new jobs for those facing unemployment amid the crisis.

This week, the Government was criticised in a University of Otago audit for its contact tracing abilities; Mr McLeod said the Ministry of Health was encouraging his firm’s efforts.

Obligatory caution to anyone providing any personal data to an application that was bashed together by a 'couple of developers working over a weekend' as I'd almost guarantee that it is fraught with security holes.