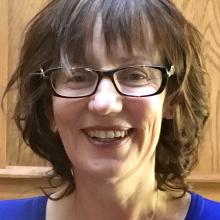 Virginia Nicholls
Redundancies and restructuring are now daily occurrences in the South.

Businesses are tilting on the precipice of existence as the first of them that took the wage subsidy yesterday ran out of payments.

Other businesses that applied later will still have payments left and those that still have a 40% drop in revenue will be able to now apply for the eight-week extended subsidy.

About half of all the working age adults in the country — 1.6million people — received the subsidy in the past few months.

Finance Minister Grant Robertson has said there was no plan to further extend the wage subsidy past September, pointing instead to targeted sector packages.

A local business source has told the Otago Daily Times restructuring and layoffs were frequent and widespread here: ‘‘It’s happening every day.’’

and ‘‘... we are not expecting these inquiries to slow down’’.

Restructuring and layoffs would keep occurring as businesses realised they were not economically viable in the new environment, she said.

‘‘Some businesses are now restructuring for the second time as it has become clearer what the future holds.’’

She said the extension to the wage subsidy would be vital for those businesses still working out their viability.

Findex managing director Scott Mason said a lot of job losses were unseen because they were at smaller organisations.

‘‘One of the challenges is that a lot of the businesses that are going through these processes aren’t of such a scale that it makes the headlines.

‘‘Every day there’s more people being made redundant across our small-medium business environment.’’

He praised the first wage subsidy scheme for giving businesses time to consider their next moves.

‘‘There will be headlines around redundancies, but I’m thinking not as many as there could have been if knee-jerk decisions had to have been made back in March.

‘‘It will feel traumatic. In the next month we’ll see a lot of redundancies but the value of the wage subsidy is that it allowed businesses to make better formed decisions that probably ... reduced the overall number of redundancies.’’

The Government conceded the wage subsidy scheme would not save every business.

‘‘That will be a possibility, but we’re putting the supports in place to try keep them in business, and able to continue to employ and pay people.’’

The number of complaints in relation to the Government’s wage subsidy scheme reached almost 4000 between early April and late May. — Additional reporting RNZ