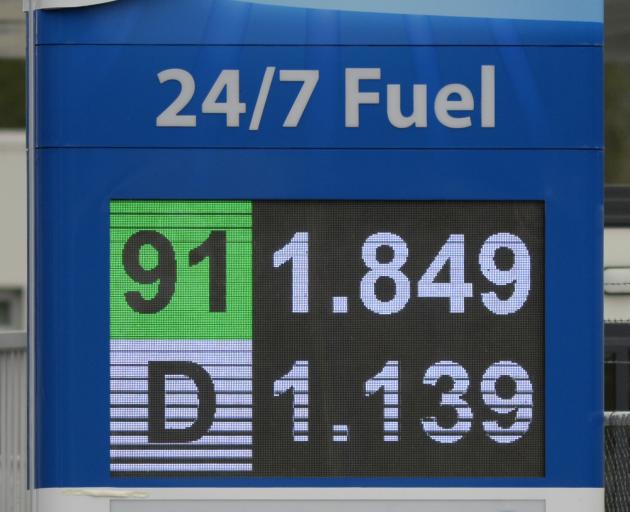 Prices around the country have been moving down at the pump in response to the start of the week’s global price reductions on oil, AA petrol prices spokesman Mark Stockdale said.

As at 11am yesterday, Dunedin’s cheapest price was at the self-service NPD station in Green Island, which was offering $1.84 per litre for 91-octane petrol, according to Gaspy. Gaspy is an app on which consumers report and search for the latest prices.

‘‘That is pretty good,’’ Mr Stockdale said of the price. 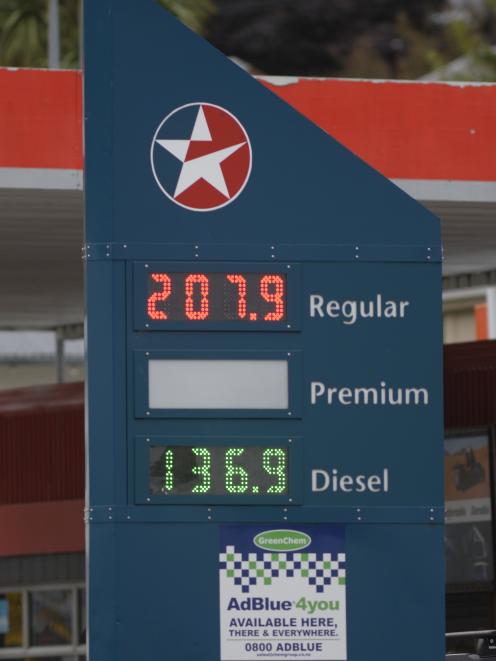 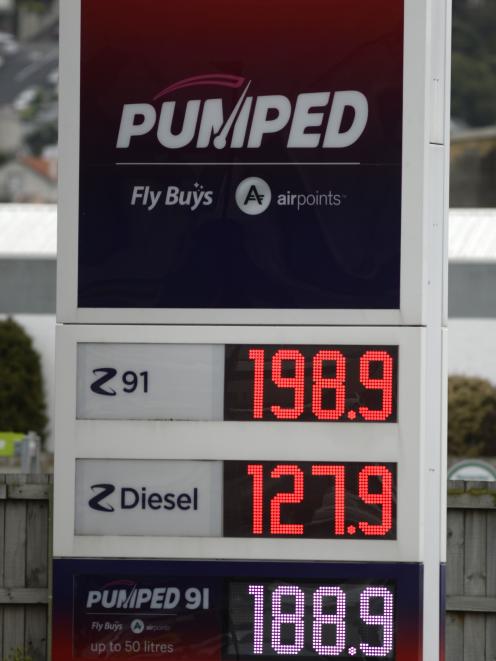 1.98 at the Andersons Bay Z Energy
‘‘The national price for 91-octane is $2.14 ... we know there are many service stations that are charging below that national price, that’s local competition.

‘‘There won’t be too many places in New Zealand that are charging that low.’’

The national price of $2.14 for 91 is what Mr Stockdale referred to as ‘‘the price the big brands try to charge at the service stations ... if they weren’t subject to price competition.

‘‘But there are so many service stations charging below that it’s hard to actually monitor, and if it’s below that price it’s usually because of price competition driven by these ‘no frills’ brands.’’

Elsewhere in Dunedin the Z Energy Andersons Bay price was at $1.88, while its stations in Kaikorai Valley and Green Island were at $1.92.

At the same time in other southern centres, Oamaru and Invercargill came closest to the Dunedin NPD station. 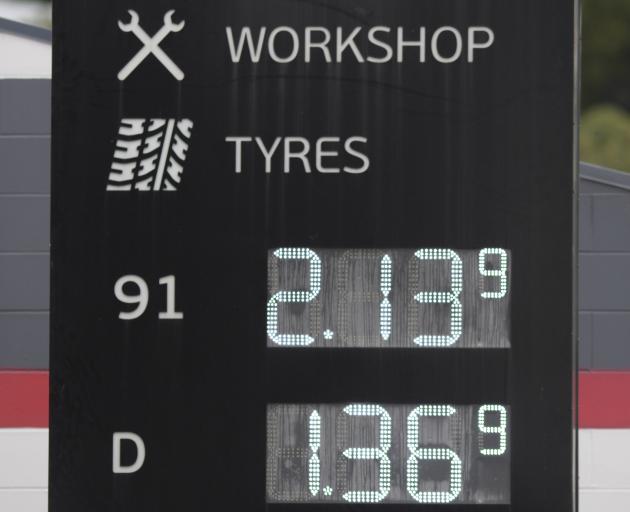 In Queenstown, prices were higher, Caltex, Mobil and NPD all being at $2.18 a litre, while in Wanaka the best price was $2.09 at Allied Wanaka.

At one point in the day, the Queenstown Z Energy station ran out of 91-octane petrol.

Omarama appeared to have one of the highest prices for the southern towns, with $2.42 being offered at Challenge Omarama.

There had been price drops across the country, Mr Stockdale said, and he did not rule out further cuts from occurring in the coming days.

‘‘There’s obviously been a big drop in the commodity price.

‘‘I have looked at the latest oil price and it’s actually gone up. It fell sharply on Monday but it’s now actually gone back up sharply. That alone might suggest maybe the oil price has bottomed out.

‘‘This thing is changing day by day, so it remains to be seen whether there will be further reductions.’’

He said there was scope for further reductions of refined fuels such as diesel.

‘‘Certainly, the AA believes there absolutely is room for the fuel companies to drop the price of diesel further than they have.

‘‘Petrol has come down 11 cents, whereas diesel has only gone down 7 cents.’’

When rounding prices we need to remember that 0.9 rounds up, not down! For example, the $1.849 in the pic is closer to $1.85 than to the $1.84 in the report. Retailers flout this fact as a ruse to deceive potential customers. Journalists should be above following suit!