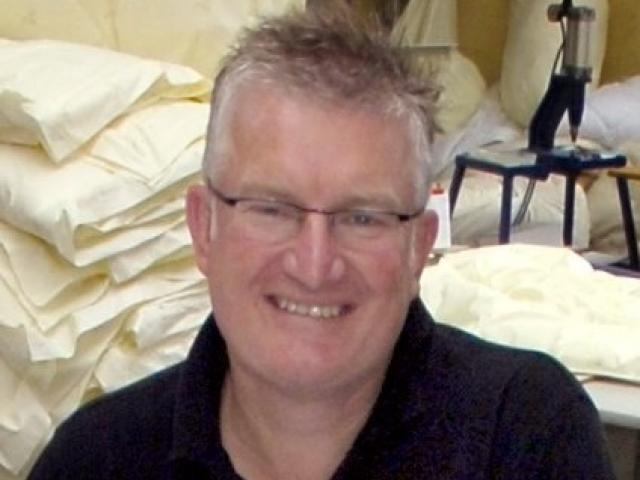 Glenn Alexander
Dunedin specialist bedding manufacturer Ellis Fibre has been placed in receivership by its owners, just a month after another company attempted to have it placed in liquidation.

Receivers are ''rapidly'' looking for a buyer.

Ellis Fibre's sole director Glenn Alexander confirmed yesterday the 20-year-old company was in receivership, but declined any further comment, other than identifying the receiver.

Ellis Fibre has been manufacturing bedding products from wool, feathers and down for almost 50 years.

Mr Alexander bought the company in 1999, and diversified into many product lines.

KPMG partner Andrew Hawkes has been appointed receiver, but it was too early to establish the extent of Ellis Fibre's debts and assets, he said.

''The company was not trading well and invited the bank to appoint a receiver,'' he said yesterday.

Three attempts have been made by three separate entities during the past seven months to force Ellis Fibre into court over debts, two of which were paid before proceedings started, for about $10,000 and less than $50,000, the latter to IRD late last year.

Mr Alexander said last week he was in talks with a ''key supplier'' from Otago over a debt of about $32,000, who had prompted the latest liquidation proceedings, which were set down for March 7.

He had hoped last week the debt could be settled before court proceedings began.

Mr Hawkes said ''we'll be working rapidly over the next two weeks'' to find a buyer.

''It's an opportunity for someone to come in; it [a sale] would be a good outcome,'' he said.

Another company of Mr Alexander's, house insulation business Technobond Ltd, shares space with Ellis Fibre in Kaikorai Valley but Mr Hawkes said that business was not in receivership.

Cook Allan Gibson Trustee Company Ltd, acting as the independent trustee of a family trust, was a 78% shareholder.