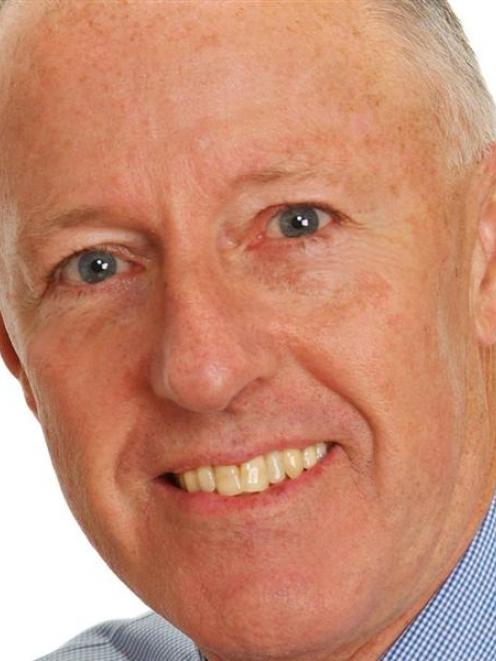 Angus Bradshaw.
Angus Bradshaw, the managing director of Dunedin-based Motor Trade Finances, resigned suddenly yesterday from the position he had held for 17 years, with very little explanation from the company.

Mr Bradshaw had successfully led MTF since 1997, during which time the car finance group had led the industry in online origination, converted from a co-operative to an investor-owned company, launched the successful franchise business and developed a reliable and efficient wholesale funding base.

''Angus has built a strong team at MTF and leaves the company well positioned for continued growth,'' Mr Higgs said.

The search for a successor had started and Mr Bradshaw would work with the board to manage the transition.

Mr Bradshaw is also one of the founders of Grasshopper Rock, a Central Otago winery.

MTF recently fought off a criticism of its actions regarding ongoing High Court civil proceedings.

At a meeting in Dunedin earlier this month, the board received overwhelming support from its shareholders when seven resolutions questioning the performance of the company and its directors were defeated.

The margins of defeat for six of the resolutions ranged from 83% to 85%. Resolution seven, which called for the company to provide regular updates to shareholders on the implications of the Sportzone case was defeated by 75%.

MTF was obliged to hold a special meeting after it was requested by nine MTF shareholders who together held 8.1% of the company shares.

The purpose of the meeting related to MTF's handling of the Sportzone court case and its communication and disclosure to shareholders in relation to the litigation.

The ongoing civil proceeding was brought by the Commerce Commission in 2009 for alleged breaches of the credit Contract and Consumer Finance Act 2003, in respect of credit fees charged in 39 credit contracts originated by Sportzone Motorcycles Ltd (in liquidation).

The issue was complicated by a takeover approach from Heartland Bank, which seemed to seek the same information as the nine shareholders. Heartland had earlier been linked with a takeover bid for MTF.

Both companies are prominent in the motor vehicle financing market.

No-one is ruling out Heartland having another attempt at a takeover, but Mr Higgs said previously said the bid would have to be conducted within the proper process.

However, the resignation of Mr Bradshaw could open the way for further negotiations between MTF and Heartland Bank.

Earlier this week, Heartland reported a much improved profit for the year ended June.

The operating profit soared to $50.3 million compared with $8.9 million in the previous corresponding period.