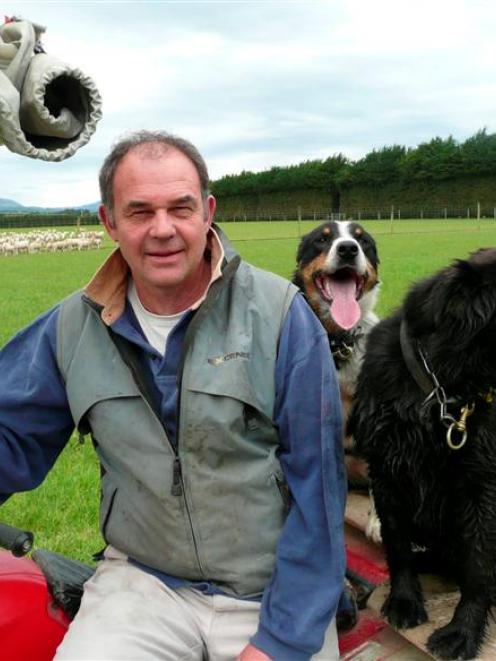 Mr Grant, who is standing for the board of Alliance, said the meat industry must stop "dancing on a pinhead" and get serious about protecting the future of sheep, beef and deer farmers.

The consumer market was providing a window of opportunity, with current returns above the long-term average.

That was due to supply and demand, rather than marketing efforts, and the industry needed to take the opportunity to consolidate and form marketing alliances, he said in a statement.

"Amalgamation doesn't need to happen tomorrow, but we need to see a commitment from both co-op's that they are prepared to work towards such a position.

"We want to see more action in the market, not silly antics in procurement."

As dairy land increased, beef and sheep land decreased, putting pressure on the red meat industry to survive with a diminishing volume of product to market.

Meat co-operatives should consider all business opportunities that could increase shareholder returns.

"Anything would be better than the shambles of the past 25 years. Farmers are desperate to see change."

The co-operatives were well resourced to take a lead, especially when they were already large players in slipe wool.

A joint venture for wool between Alliance Group and Silver Fern Farms would be no different than the New Zealand Lamb Company, which both co-operatives used to sell sheep meat into North America, he said.

The volume of wool produced by the two co-operatives' shareholders, combined with slipe, would make such an entity the largest strong wool marketing company in the world, he said.

Federated Farmers meat and fibre chairwoman Jeanette Maxwell has urged farmers and meat processors to talk with one another to ensure both made the most of the country's reduced lamb crop.

It was "gutting" the best trading conditions in a decade corresponded with the country's second smallest lamb crop in 55 years.

While sheep numbers were down globally, demand was out there which was why farmers needed to commit to companies with those companies showing equal commitment to farmers, Mrs Maxwell said.

Townshend to head Wools of NZ

A step in the right direction