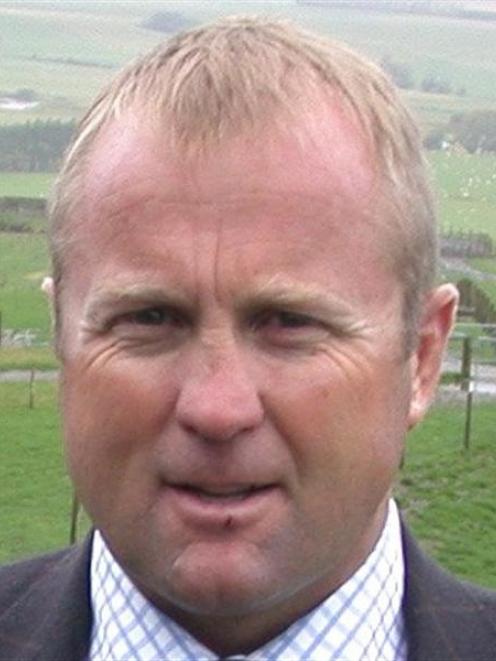 Mike Petersen
The message might constantly be given, and it has been reiterated recently by Beef and Lamb NZ chairman Mike Petersen, that those in the business of food production remain in the ''box seat'' for future prosperity.

But enough of the future and regular rhetoric about the increasing wealth and opportunity in Asia - what about now?

What incentive is there for farmers to continue to farm sheep into the future, to reap those supposed gains, amid the collapse in meat pricing and unsustainable returns?Beef and Lamb NZ's economic service has predicted a halving of profits for the 2012-13 season in the face of falling farmgate returns and rising costs.

Economic Service director Rob Davison has warned that maintaining prices for lamb will be challenging, with Europe's debt crisis far from being solved, concerns about economic prospects for the United States and the slow-down of China's economic growth.

Couple that with widespread drought throughout the country, particularly the North Island, and dry conditions creeping up on Otago and Southland, and the picture is not rosy.

One does not have to be an agribusiness analyst to conclude such losses are unsustainable and cannot continue. Over-capacity is a major issue.

Widespread drought will take a massive toll on this spring's lamb crop, but long-term stability and sustainability is needed in the industry, not short-term gain from unfortunate events like adverse weather.

Meanwhile, the increase of dairy cattle - both cows and dairy grazers - into country that a generation ago would never have dreamed would have grazed such animals, like for example around Hawea Flat, Omarama, West Otago and the Maniototo, continues.

Who can blame farmers seeking alternative land uses when faced with such returns for meat and wool.

A group of southern farmers has organised a gathering of sheep, beef and venison farmers in Gore on Monday and a huge turnout is expected. Key processors have been invited to attend the gathering but without a formal speaking opportunity.

Organiser Allan Richardson says farmers throughout New Zealand have demanded all aspects of the fragmented industry must finally be addressed - structural, strategic, procurement and marketing issues as well as farmer commitment of supply.

So while it will be enlightening to hear from keynote speakers Prof Hamish Gow from Massey University, Landcorp chief executive Chris Kelly and ANZ chief economist Cameron Bagrie, why are the processors not being given an opportunity to speak? Why aren't the representatives of the co-operatives - which, let us not forget are farmer-owned - asked to share their views on the future of the industry? After all, surely it is the meat companies that farmers want to hear from.

Silver Fern Farms chairman Eoin Garden has already written an open letter to farmers, in a national farming newspaper, addressing the call for the two co-operatives to merge, while Alliance Group has remained typically quiet.

It is Mr Garden's view, on behalf of the board, that any aggregation or consolidation must be broader than merely the two co-operatives, otherwise only the shareholders of the two companies would carry the risk and the cost burden of rationalising excess capacity.

Whether farmers are for or against mergers in the industry, one thing is for sure - they want action. And they want it soon before sheep join the moa in the museum.

The much-feted red-meat sector strategy, initiated by the Meat Industry Association and Beef and Lamb New Zealand and launched in May 2011, aims at improving the sector's viability and increasing its earnings from $8 billion to $14 billion by 2025. It is to be hoped there is still a red-meat sector then.