Miner in hands of creditors 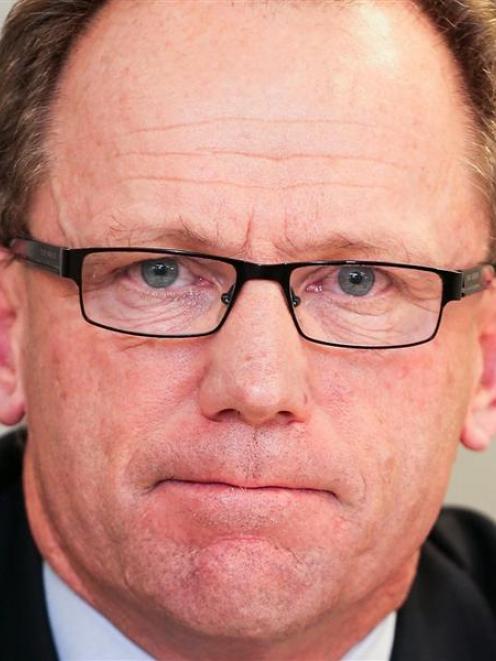 Brendon Gibson.
Stark choices lie ahead for 1500 creditors of Solid Energy owed more than $400million, in a key vote next week on opting for either a fire-sale liquidation or a controlled, two-and-a-half-year sell-down of the coal miner's assets.

Once touted by former chief executive Don Elder as potentially a multibillion-dollar company, in the worst case scenario it could sell for $60million, and also carry over a $150million Crown liability.

Solid Energy's board and administrators favour the delayed sell-down, but 50% of creditors must vote in favour, and so too must 75% of creditors by value - the latter mainly the banks involved.

Under liquidation and an immediate fire-sale creditors may get 15c-20c in the dollar back, but if they opt for the sell-down might receive 35c-40c, administrator KordaMentha said yesterday.

The state-owned enterprise was placed in voluntary administration in mid-August, at the time thought to be carrying debt of around $320 million, in the face of uneconomic export coal prices.

Solid Energy has shed about 900 jobs and still has about 740 staff and contractors on the books whose futures will be determined by the creditors' vote next Thursday.

KordaMentha supports Solid Energy's board's proposal to adopt a ''deed of company arrangement (Doca)'', the process for a delayed sell-down, he said.

''The Doca is in our opinion the preferred option .. . on balance it provides the best return for all creditors,'' he said.

If the Doca was supported in the vote, trade creditors and employees would receive 100c in the dollar, Mr Gibson said.

Other creditors, including the banking group and bondholders, would be expected to receive 35c- 40c cents in the dollar, he said.

Subject to finalising some minor details, the bank consortium and TSB, as the largest note holder, had already agreed to support the Doca proposal ''which is encouraging for the vote''.

When asked if there had been interest in asset purchases, Mr Gibson said there had been ''plenty of inquiries'' during the past month, which he hoped would later be able to run as a ''competitive process'' to sell the assets.

They were the North Island operations near Huntly and those on the West Coast, South Island, split into domestic and export operations.

He declined to put a value on assets, given either way they will come up for sale, but said book values were different from market value, while business value was ''difficult'' to determine, against non-mining assets and a ''small amount of cash'' held.

He said the Lyttelton Port of Christchurch, KiwiRail and affected communities were all supportive of the two-and-a-half-year sell-down.

He described next week's vote as a ''two-stream hurdle'' to gain both the 50% and 75% margins required and urged ''all groups to attend the meeting and hopefully vote positively for it [the Doca]''.

''If it went into liquidation we'd have to shut the business. It couldn't be sustained,'' Mr Gibson said.

He said Genesis Energy's decision to recently exit a supply agreement had been ''disappointing'' and ''another hurdle'' to overcome, but it was that company's business decision.

He said staff entitlements sat at around $5million-$8million.

He hoped businesses could be sold as ''going concerns'' which could also mean having to make ''adjustments'' to their operation, so he could not give ''an ironclad [guarantee] on employment''.