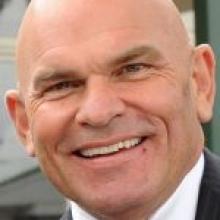 A Bill setting up the funding agency was expected to be introduced to Parliament soon.

The agency would lower the overall cost of borrowing for all councils by allowing a co-operative approach to raising finance, Mr Hide said in an interview in Dunedin.

"It is estimated the agency could save local authorities, collectively, around $25 million a year."

The agency would borrow from the same sources local authorities used now, such as retail investors, he said.

Investors used to buying bonds from the Auckland City Council, the Tauranga City Council and the Wellington City Council would instead be able to buy bonds through the agency, probably at a lower risk.

It was expected the agency would have a higher credit rating than the individual councils, Mr Hide said.

Craigs Investment Partners broker Chris Timms said that provided the security was in place, the agency's bonds would be viewed positively by the investing public.

They would provide better returns than government stock did but probably lower returns than local authorities that continued to go direct to the market.

"It will be interesting to see how it all works out. You may end up with less issues," he said.

Asked about councils that would not opt to use the agency, Mr Hide said the agency would welcome the competition to "keep it honest".

The key to launching the agency was getting the new Auckland City Council to sign up, which it had. That was likely to attract other councils. The funding agency came out of the Jobs Summit two years ago.

Mr Hide and Finance Minister Bill English were keen to save local authorities some funding costs and asked the Capital Markets Taskforce to review the idea of the agency.

The taskforce agreed money could be saved and the proposal was developed, Mr Hide said.

Councils would not have to use the agency; they could choose to participate, or keep raising money independently.

Asked if he was concerned about the scale of local government borrowing, Mr Hide said he did not believe the debt level was out of the ordinary, because of the quality of the assets.

"It's interesting to me what they are investing in with their borrowing. If it is a good investment, it is worth it. The trouble is if it is a bad investment. That's where councils should think less about their debt and more about the quality of their investments," he said.

"The agency's structure and its ability to amalgamate the borrowing needs of many councils means it should get a lower interest and have better liquidity than councils borrowing on their own," he said.

Mr Hide said the Government announced in the Budget last year it would provide $5 million towards establishing the agency.

Another $20 million would come from the participating councils.

The agency's success rested on it getting a high credit rating, which in turn rested on settling some legislative and regulatory issues and gaining the support of councils.

The Bill dealt with the first matter; the rest sat with councils, he said.