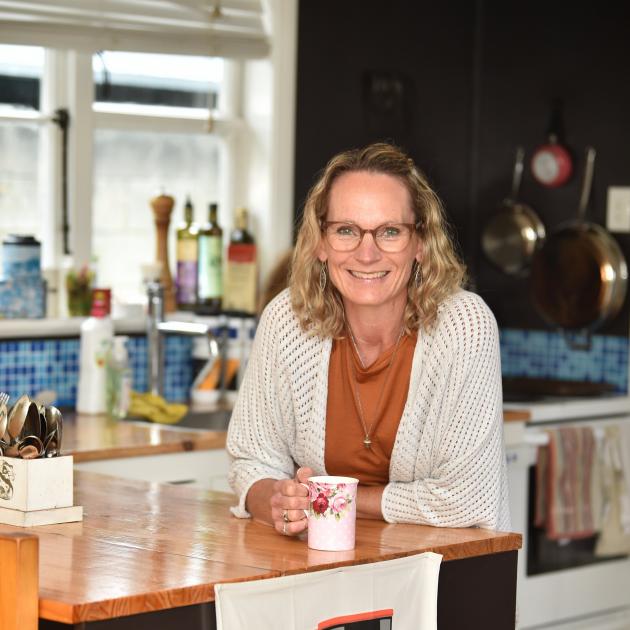 Veterinarian Helen Beattie has launched a start-up focusing on fulfilling a science-based animal welfare advocacy role. PHOTO: CHRISTINE O’CONNOR
A good life for all. That is what Dunedin veterinarian Dr Helen Beattie is striving to achieve for all animals in New Zealand.

Dr Beattie, who has moved on from her previous role as chief veterinary officer at the New Zealand Veterinary Association (NZVA), has launched Veterinarians for Animal Welfare Aotearoa (VAWA).

Animal welfare is a particular passion for Dr Beattie who, when recently contemplating where she wanted to be in 10 years, saw an opportunity to ‘‘reset’’ and focus on what she really wanted to do.

Originally from the Maniototo, Dr Beattie worked in veterinary practice in Oamaru before heading overseas for a stint working on the foot-and-mouth disease response in the United Kingdom.

Returning to practise in Dunedin, she later ended up managing Otago Polytechnic’s veterinary nursing programme. She went on to be director of animal welfare at SPCA Otago and a warranted animal welfare inspector, before joining NZVA in 2017.

Dr Beattie and two other vets were involved in the genesis of VAWA, which she saw as a ‘‘different piece of the puzzle’’. There were already lots of animal welfare advocacy and activist organisations in New Zealand and VAWA was not competing with any specific group.

It would provide a voice for animals that was underpinned by science and not compromised by commercial or vested interests.

It would have an influence through advocacy, submissions, education, consultation and collaboration.

While very excited about the venture, Dr Beattie said she also felt ‘‘slight trepidation’’ as there was a lot to do and, like for any start-up, there was plenty of paperwork to complete. She was fortunate to be supported by some ‘‘amazing advisers’’.

While the organisation was vet-led, membership was open to anybody. There was a ‘‘nominal’’ membership fee and a Givealittle page had also been set up.

Sponsorship would also be sought from like-minded organisations or individuals who shared VAWA’s values, she said.

It was for all animals in New Zealand and VAWA’s vision was for all those to have positive experiences throughout their lives.

Dr Beattie had been involved in the winter grazing debate, which she described as a wicked problem — a big, complex, challenging problem for which there was not just one easy solution.

For winter grazing, it was a whole of supply chain challenge, and that was a good example of some of the issues in the animal welfare space.

In looking to solve wicked problems, people needed to be supported to be able to take steps in the right direction, and change had to be fair and just.

There was no end point with animal welfare - ‘‘there’s no destination‘‘ - because it was something that kept moving.

Within farming systems, there was also the need to look at what consumers were wanting, to ensure they were happy to continue to buy products, she said.