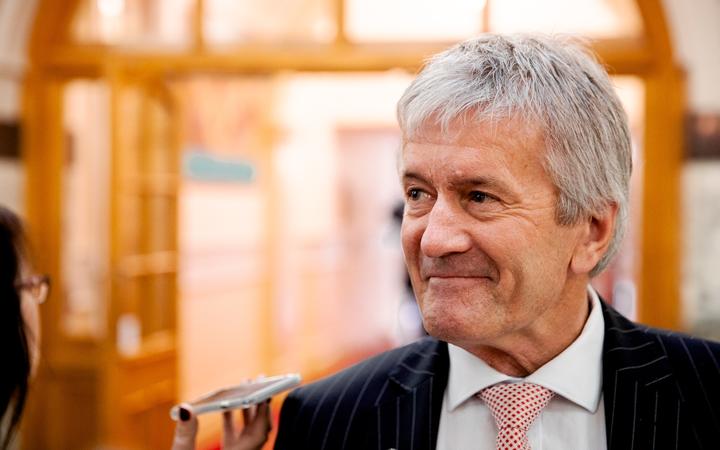 "We've held constructive and productive discussions towards the conclusion of a high-quality and comprehensive FTA that will support sustainable and inclusive trade, and help drive New Zealand's economic recovery from Covid," O'Connor said in a statement.

On Thursday, the UK's International Trade Secretary Liz Truss and O'Connor concluded a day of detailed talks in London and issued a joint statement on Friday (UK time).

"Both countries are confident that the remaining issues will be resolved, with talks on track to deliver a fantastic agreement," the joint statement said.

"Negotiating teams will now accelerate talks and spend the coming weeks finalising details with the aim of reaching agreement in principle in August."

O'Connor described his London visit as "timely" and "constructive".

"There's been real value in meeting face to face with Secretary Truss. During our discussions I reaffirmed New Zealand's wish to see a high quality agreement concluded with the UK as swiftly as possible," O'Connor said.

"For New Zealand that means receiving a market access offer that eliminates tariffs and provides commercially meaningful access from day one of the agreement.

"Achieving an ambitious deal remains our priority. Building on the outcomes of our discussions in London this week, we are both confident that our negotiating teams will be able to make important progress over the coming weeks," O'Connor said.

Prior to leaving for the UK, O'Connor had said that so far the UK's offers had fallen "well short" of New Zealand's expectations and while he wanted to make progress he would not sacrifice quality for speed.

In London, O'Connor said he had also met with Minister of State in the Cabinet Office Lord Frost, and had engagements with key Parliamentary and industry representatives.

In his capacity as Minister of Agriculture, O'Connor also had a meeting with UK Secretary of State for Environment, Food and Rural Affairs George Eustice.

They discussed the challenges and opportunities for our respective primary and food producing sectors and the valuable role that an FTA could play in our economic recovery, O'Connor said.

O'Connor leaves for Brussels on Monday morning where he will meet with his trade counterpart to advance New Zealand's FTA negotiations with the European Union.

Earlier this week, Britain and Australia announced a free trade deal the British government hailed as an important step in building new trade relationships following its departure from the European Union.

O'Connor will return to New Zealand on June 25 and will complete two weeks in managed isolation and quarantine.

His trip marks the first international travel by a New Zealand minister since the Covid-19 pandemic began in February 2020.