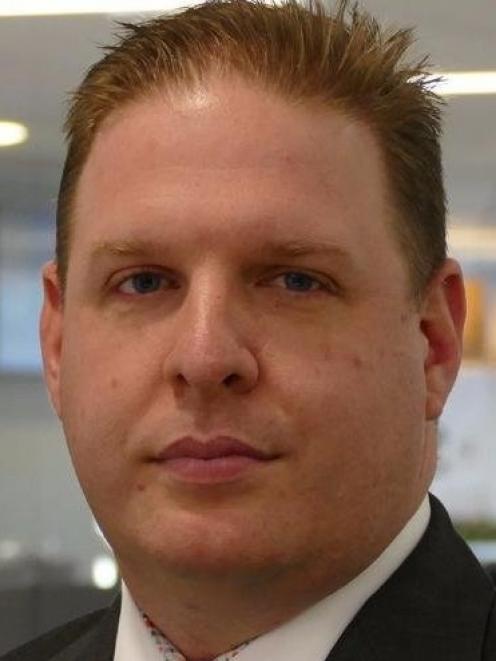 The record tourist season continued to provide a large boost for demand, especially in the Queenstown-Lakes district.

''At the same time, we're seeing positive trends in sectors such as horticulture and construction picking up.''

Mr Gordon was releasing the June Westpac-McDermott Miller Regional Economic Confidence survey which showed a net 24% of Otago households expected the region's economy to improve in the coming year.

That was largely unchanged from March but it followed strong gains over the past year and left confidence at solid levels, he said.

The survey also examined the views of consumers on their own economic situation, producing an index summarising responses to questions including how respondents viewed their own financial situation and their willingness to buy a major household item.

The regional breakdown of the survey showed consumer confidence in Otago rebounded in June, rising from a level of 106 to 115.

''Strengthening economic conditions had meant household confidence in Otago trending higher over the past year. Households expect economic activity will continue to improve, and this has boosted spending appetites.''

The survey was conducted from June 1 to 11.

Looking at the wider results, Mr Gordon said regional confidence improved in most parts of New Zealand in the June quarter.

There were falls in the country's two largest population centres of Auckland and Canterbury. Those regions had been bucking the generally positive trend in the rest of the country for some time.

In the case of Canterbury, at least, there was an obvious reason for reduced optimism about the region's economic prospects.

Earthquake-related rebuild activity was well past its peak and in the decline phase.

There was still a lot of vitality in the region, particularly as Christchurch's central business district was gradually repopulated. However, the pace of economic growth had clearly slowed in recent times and unemployment was increasing, albeit from low levels, he said.

The ongoing decline in Aucklanders' confidence was more puzzling.

Other indicators of activity suggested Auckland had been among the faster-growing regions, without the help of strong agricultural export prices.

''It may be that economic sentiment is being held back more by the city's growing pains. Houses are both unaffordable and in short supply and its infrastructure is coming under increasing strain.''

Since the March survey, Fonterra had lifted its farm-gate milk price and had forecast an above-average price for the new season.

Although some of the rebound in dairying incomes would go towards debt reduction, there would also be room for more spending on farm services, with knock-on effects on incomes and job creation in the surrounding areas.

The largest gains in confidence in the quarter were not in the dairy-intensive regions. Nelson, Marlborough and the West Coast combined were the most optimistic regions in the quarter, a spot they had not occupied since 2009, he said.