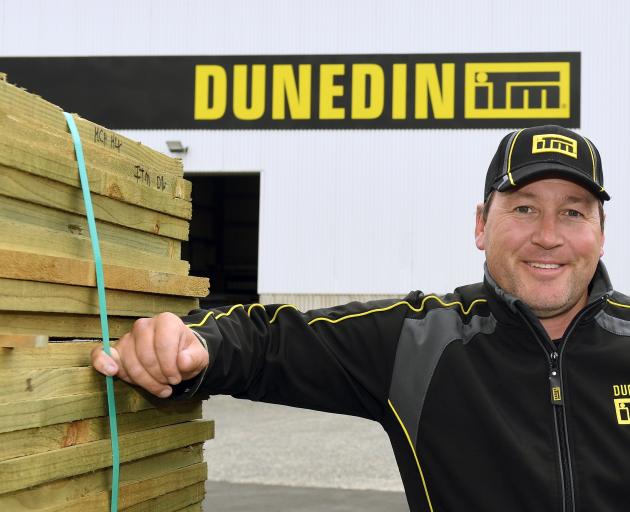 Mr Conley is the shareholder of the city’s newest building supplies store, ITM Dunedin, which he plans to open early next month.

After 20 years’ experience working in and managing another building supplies merchant in Dunedin, Mr Conley was approached by ITM to explore the option of owning an ITM store in the city.

"Being able to 100% own the business with the support and national buying power with ITM was something that was really appealing," Mr Conley said.

The business culture and focus on locals supporting locals, family and the community gave Dunedin builders a local alternative to the corporate structures of competitive merchants, Mr Conley said.

ITM had identified Dunedin as a greenfields opportunity "some time ago", but had not found the right location.

Dunedin was a growing market, and finding the right shareholder/operator was important, the company said.

Stock had begun to arrive, and installation of racking and shelving was under way.

External signage would be installed in the next week.

International shipping had been a challenge to obtaining stock and shelving, he said.

"By working closely with suppliers and contractors, we should see no major opening delays from availability.

"The local business and builders have been supportive, which has made the process easier."

Dunedin ITM will open with five staff initially, most of whom have been involved in the trade for between five and 30 years.

The goal was to increase staff numbers as the business grew, he said.

Recruitment was almost complete with one team member to go.

"It’s important to us that we have a team of trade experts, who’ll be able to source customers what they need, when they need it."

ITM had secured a long-term lease for the site, at 13 Wharf St, owned by Harborough Properties Ltd.

Mr Conley said it was a mid-scale-sized ITM store, and would offer a full range of core building materials supported by key suppliers.

This year, ITM marked 30 years of trading, starting with six stores in Northland.

It is now a network of 96 stores. The company said it was the largest independent building material supplier to the trade.

ITM is a co-operative, meaning it has its own operators on the ground working in their businesses every day.

"Relationships are important to us – as is supporting our local communities."

The next closest ITM store is in Mosgiel.

More hard evidence that the building industry is coming back on track.