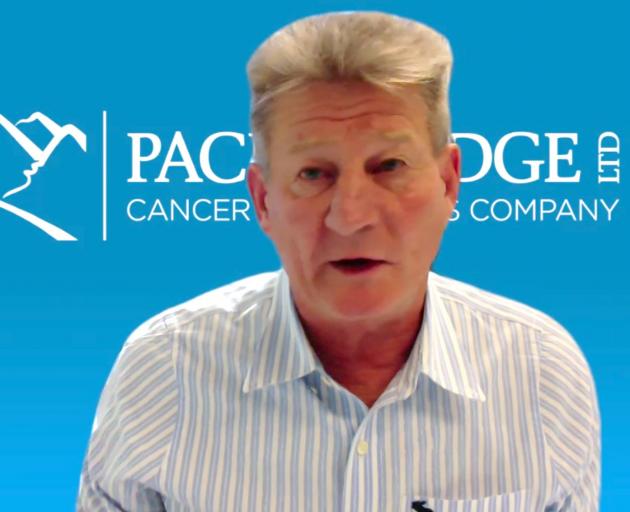 Yesterday, the company announced to the NZX its application to dual list on the ASX had been approved and it wanted to raise $80million to "accelerate the execution" of its growth strategy.

The announcement came after a hiccup earlier this month with the ASX which uploaded information about a $70million capital raising.

Pacific Edge was quick to release a statement saying its board had not approved any capital raising and that the information was incorrect.

Yesterday, the company said it was looking to raise $60million ($A58.1million) through a placement, which was conducted yesterday, to institutional investors and up to $20million in a retail offer to eligible investors.

In an investor call after the announcement, chief executive David Darling said the funds would be used to accelerate growth in the United States market and grow the commercial process in Southeast Asia.

The company also wanted to increase the number of sales staff. It had 25 sales staff and aimed to have 30 by the end of this year, with a long term goal of 50.

"They are expensive to run and a large chunk of this money has been set aside to build up this sales force and provide the legs to our commercial growth," Mr Darling told the call.

Chairman Chris Gallaher said Pacific Edge had been "jogging along" and it wanted to turn that into "sprint".

"We reduced the sales force in the US in the last couple of years to reflect the fact we were always running tight on cash.

"We want to drive this really hard, really fast," he said.

"The alternative was to go to the Nasdaq but there was no appetite at a board level to do that," he said.

In March this year, the company had about $23million in cash and short-term investments and typically the company went through about $15million a year, meaning it only had a little over a year of capital left, he said.

The company’s bid to increase growth would come at a cost and Mr McIntyre estimated the funds raised would give Pacific Edge enough for at least two to three years.

"For a company which is at the stage of the life-cycle like Pacific Edge, it will be capital hungry," he said.

Pacific Edge’s shares on the ASX will begin trading from September 27 at 2pm (NZ time.

The company’s NZX shares were halted yesterday. Its price closed at $1.47 on Wednesday afternoon.

Trading was set to resume this morning.