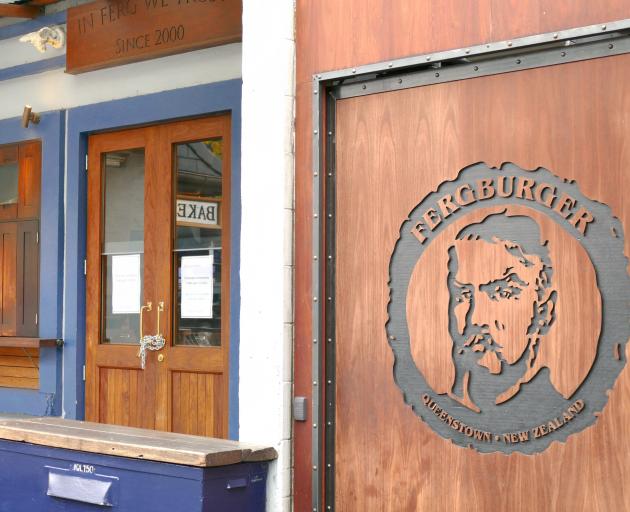 Queenstown’s Fergburger and Blue Kanu (below) restaurants sit empty during the Covid-19 lockdown. PHOTOS: GUY WILLIAMS
Cafes, bars and restaurants are reeling, scrambling to pay overheads that are still coming in with no revenue now and significantly reduced revenue for an unknown length of time to come. Some analysts predict up to half of all hospitality businesses could close because of the impacts of Covid-19. Queenstown reporter Hugh Collins and business reporter Jacob McSweeny talk to operators grappling with an existential crisis.

For hospitality operators in the Queenstown Lakes district, the end of the Covid-19 lockdown will likely just be the start of a long and vicious storm.

With dozens of restaurants, bars and cafes being forced shut under the Level 4 lockdown, industry leaders in the district feel any kind of normality is a distant and foreign dream.

Grant Hattaway, co-owner of Queenstown restaurant Blue Kanu and former president of the Southern Lakes Restaurant Association, said a handful of landlords had been quite lenient.

“Some of the big players who weren’t expected to have given three months’ rent and operating expenses holiday straight off the bat, without being pushed,” Mr Hattaway said.

“That’s being very fair because we’ve all got no turnover and unlikely to have any for the foreseeable future.” 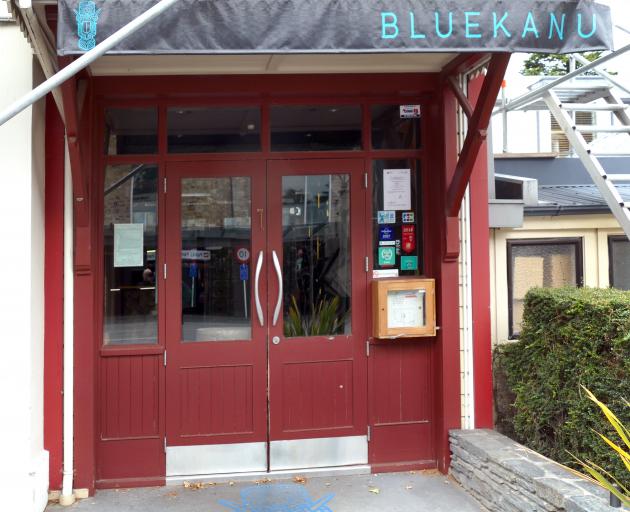 While it was hard to put a number on it, he felt up to 50% of hospitality businesses in Queenstown would not survive the Covid-19 crisis.

“We may be able to get back in there in four weeks but the borders might be closed for four months ... you’re not going to turn up every week to lose five grand.”

Republic Hospitality operates eight venues in the area and its managing director, Mike Burgess, said previous world crises were "nothing compared to the impact of Covid-19".

"This is an unimaginably hard time for many businesses in Queenstown, particularly those in the hospitality and tourism sector.

"To think our borders would be closed indefinitely is something I never considered in the 19 years we’ve operated restaurants and bars in Queenstown."

He was grateful for the wage subsidy helping the company retain all staff.

Its return to business would come down to the company’s ability to reduce fixed costs in the face of a downturn in revenue, Mr Burgess said.

"A large part of this will lie with our ability to negotiate fair and reasonable rent levels with our landlords, whom I acknowledge are also facing hard times."

Brona Parsons, co-owner of Wanaka establishments The Federal, Fedeli and Fudog, said while her businesses would likely survive the lockdown, the repercussions from global events would be felt for a year.

“What our business is going to look like after the lockdown is a bit of an unknown and an uncertainty,” she said.

“It’s just going to change the dynamic of everything and how it’s going to look in the future.”

One of her main concerns was what would happen to some of her staff who were on sponsored visas.

“Will there be jobs for those guys? I’ve got some staff that I’ve been sponsoring for three years and they’re part of the core staff, but after the lockdown how is that going to look?”

Fergburger general manager Steve Bradley, whose businesses were closed within 30 minutes of the lockdown announcement on March 23, said the uncertain times were not just about the future of Ferg.

“It’s about the future of Queenstown. We’re all trying to plan and look for an unknown future,” Mr Bradley said.

“If we don’t all get it right and we don’t work together, and don’t get government support and guidance around some key areas, the future is not good for our town.”

Mr Bradley said it would be hard for him to be optimistic until there was a bit more certainty.

"When we’re lucky enough to be able to open again we’re going to be dealing 90% down," he said.

"We’ve only got a small local population to support us and our business infrastructure.”

In Oamaru, Riverstone Kitchen chef Bevan Smith said the hospitality industry faced a period of huge change and readjustment after the lockdown.

On the flipside, the uncertainty had inspired innovation beyond the traditional restaurant template, he said.

"Any food business is really thinking outside the box — how they can reach out to their customers, how they can innovate, how they can change their revenue streams — and that’s quite exciting."

After the lockdown, Riverstone Kitchen would be open seven days a week, rather than five, to give staff more hours and make the restaurant more accessible to customers, and Riverstone Larder, in Oamaru’s Victorian precinct, would shift its focus to help people expand their cooking repertoire.

"After this, people are going to be a lot more confident and more willing to cook from home — and we’re going to support them," Mr Smith said.

In Invercargill, The Rocks Cafe & Shop 5 owner Tony Chilton said he had been shrewd with his accounts the last three years.

That meant his business would probably be able to survive for a long time thanks to savings. However, he would be watching a retirement nest egg dwindle at the same time.

"I could probably go six or eight months but I’d be starting from scratch again ... I’d be back to where I was three years ago," he said.

"It’s a kick in the face because ... I’m in my mid-50s and looking at my nest egg for retiring ... anyone in small- to medium-sized business works very hard to do what they’ve got to do on a daily basis.

"I’ve always acted like — no matter how much money we make — it’s not our money until we stop at the end of it and decide to get out of it."

The Dee St restaurant employed 16 people and was one of the more popular eateries in the city, according to a tourism ratings website.

Mr Chilton said he was able to get the wage subsidy paid within two days of applying.

Another big cost for Mr Chilton’s restaurant was the power bill — which was about $1200 a month just to keep fridges on.

"I’m contemplating going down there and switching off some of the ones I can so they won’t be churning away there."

One thing he was grateful for now was the relatively cheap rent in Invercargill.

"A lot of the [hospitality] industry don’t have that buffer.

"We’re paying probably a third or fourth of what most cafes will be paying in rent for a premise in Dunedin, Queenstown ... I’d say we’re paying $35,000 a year. For the same type of premise in Queenstown it’s probably $170,000 a year." — Additional reporting Rebecca Ryan