Rises in OCR to be ‘new normal’ 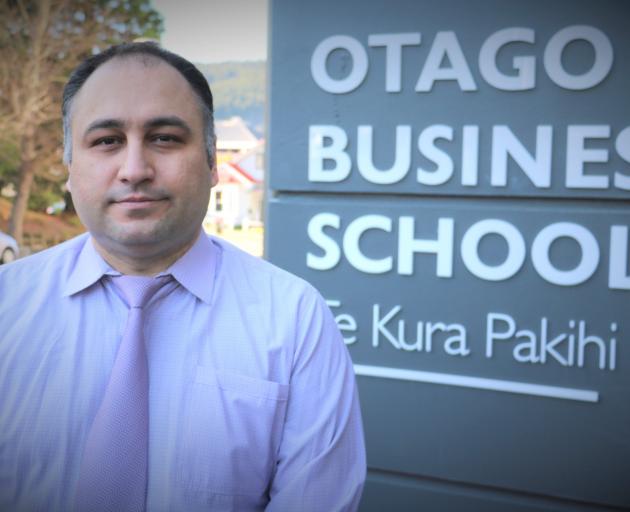 University of Otago business school’s Dr Murat Ungor expects the OCR to peak at 2% in August. PHOTO: SUPPLIED
Rapidly rising inflation and out-of-control house price growth look set to lead to increases in interest rates this year. Business reporter Riley Kennedy talks to an expert about what the Reserve Bank will be looking at throughout the year.

"The Reserve Bank (RBNZ) has raised the official cash rate."

That is a headline you are more than likely going to read a lot throughout the next year, but what does it mean?

Last year, you might have noticed the cost of a bottle of milk or a block of cheese increase.

The consumer price index shot up 2.2% in the September quarter, the largest quarterly rise since 1987.

That took the annual inflation rate — the term used to describe a rise of average prices through the economy — to 4.9%.

So, the Reserve Bank — New Zealand’s central bank that is tasked with maintaining price stability — wants to keep that, and the cost of housing, under control.

Through the OCR, the bank is able to influence the wholesale price of money and, through the linkages that has to the banking system and financial markets, influence a range of economic factors that help keep inflation under control.

The bank lifted the cash rate for the first time in seven years in October 2021 and again in November.

University of Otago department of economics senior lecturer Dr Murat Ungor expects the bank will steadily increase the OCR by 25bp until it reaches 2% by August.

Before joining the university, Dr Ungor was a research economist for the Central Bank of Turkey.

He believes the steady increases will be the "new normal" for the bank.

It was expected inflation would peak at about 6% in mid-2022 before it started to fall.

But Dr Ungor warned that would only happen under normal circumstances.

The Reserve Bank building in Wellington is where any change in the OCR is made. PHOTO: RNZ
The RBNZ would be watching what happens with Omicron in New Zealand, particularly over the summer period, and the wider global economy.

It would also, much like other countries’ central banks, be watching the slowdown in China’s economy.

Major property companies in the country are facing a massive debt issue — some of up to $US300 billion ($NZ439 billion) — and are at risk of defaulting.

That could have a very negative impact of New Zealand’s economy, Dr Ungor said.

If that happened or there was a large outbreak of Omicron in New Zealand and other countries, the RBNZ could look at increasing the OCR by 50bp.

"Depending on the global conditions, I’d expect them to be looking at that hike in April or May to be on the extra cautionary side," Dr Ungor said.

The Reserve Bank would also be looking at how its decisions impacted the New Zealand housing market.

If the OCR was raised, banks would increase interest rates and investors would most probably delay making their purchase, effectively cooling interest in the housing market.

Dr Ungor believed it was important for the bank to focus on the long-term structural problems in the economy.

"There will always be short-term fluctuations, whether is it Covid related or financial problems, but we need to think about the bigger picture," he said.

The Government had pumped a lot of money into the economy during the Covid crisis through support packages like the wage subsidy.

"And who is going to pay that debt back? Future generations," he said.

The Government and RBNZ needed to focus on ways to lift productivity to create future income and growth — "if they can’t do that, they will be in trouble."

"It is time to pay attention to the structural problems ... otherwise our kids will pay for it," Dr Ungor said.

If policy makers focused on the long-term problems, it would also have a positive impact in the short run.

"It is going to be an interesting year, that is for sure," Dr Ungor said.

All the tinkering by this government has failed against every metric. The PM's promise to address poverty has equally failed against every metric. So the mega-billions of printed money has only fueled the issue (the Greens favourite economic policy) and is a failure. Yes we have low unemployment but the economics, poverty and house prices are about to go to record highs thanks to this government's economic ineptude. Of course the lefties will find an excuse but it is simply that, an excuse and not sound economic management for our country.