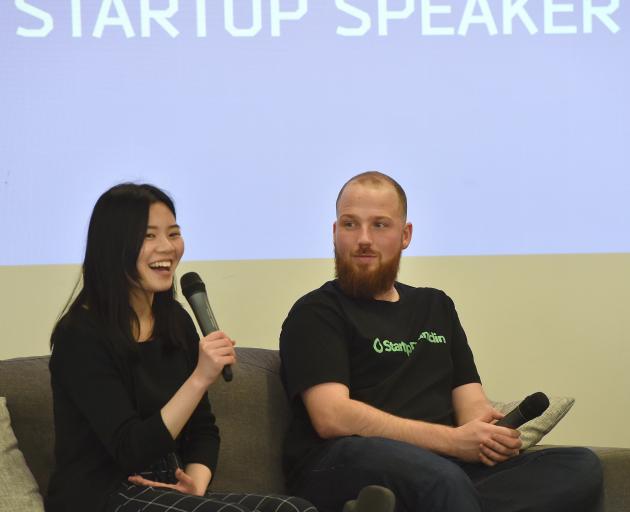 On Friday, three local entrepreneurs spoke at the Red Bull and Icehouse Ventures Startup Speaker Series at the Otago University.

As part of the series, seven talks are being held at universities across the country.

The aim of the series was to give those entrepreneurs interested in starting a company access to ask questions of New Zealand’s top founders who launched their startup in their late teens or early 20s.

Among those speaking was Fia Jones, who founded Astrix Astronautics, which developed a high-performance satellite power system which would be sent to space later this year with Rocket Lab, and Magdeline Huang, founder of sharing economy app Temp.

"They’re really difficult because they have to handle the environment of space, there have to be tough systems to withstand the absurd amount of radiation that it is exposed to," she said.

After starting a health science degree, Miss Huang realised it was not for her and switched to computer science.

After spending a summer in Malaysia, she was inspired to add entrepreneurship as a minor to her degree.

The start-up world was completely new to her, Miss Huang said.

"Everything was new to me. None of my family was in tech or entrepreneurship. I had no background in it.

"I didn’t do digital tech in high school either, so, because everything was new, to get a good head start I thought I should probably be more proactive in joining things in the ecosystem," she said.

The series was being run as part of the new $1 million startup challenge for under-30s, in which the winner would be invited to pitch their idea in front of 1000 investor in Auckland for up $1 million investment.