Signing off after nearly 32 years

By Riley Kennedy
0 Comments
My Mate John’s is losing one of its best mates - Robyn Westeneng.

Having been the store manager of Dunedin’s My Mate John’s Furniture Warehouse since it opened in July 1990, Mrs Westeneng will retire tomorrow.

The move had been planned for a while, but it was nonetheless hard to make, she said.

Mrs Westeneng previously worked for My Mate John’s owner John Williamson when he was manager of Dunedin Furniture Warehouse, and after returning from a period living in Wellington she was offered the job at his new store.

"I remember day one, we were battle ready inside and really excited," she said.

Back then, it was just Mr Williamson, her and one other running the store - "we were John’s right hand and left hand", she said.

There were not many jobs the 59-year-old had not done over her 31 years at My Mate John’s. 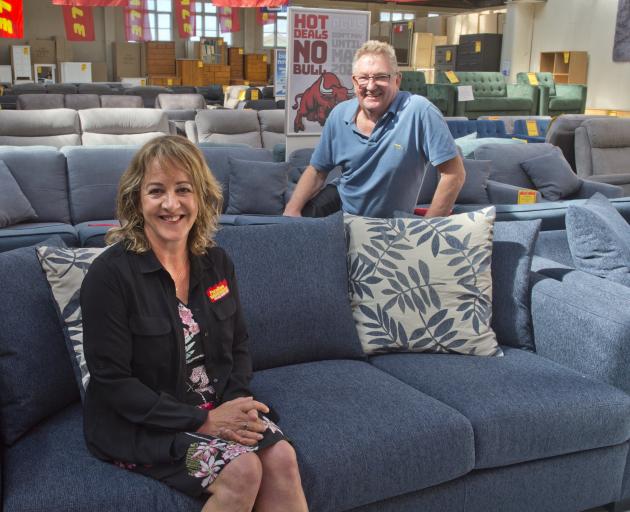 "It has been a lot of fun and we did a lot of work while we had that fun too," she said.

That fun just did not happen at work. The My Mate John’s team went on many trips away, which included taking staff and their families to see The Lion King in Sydney and another to Noosa.

"We’ve always tried to build a family-first ethos and that is what I just love the most," Mrs Westeneng said.

One of the biggest challenges in her time - "apart from keeping John in line" - was a major storm in the early 2000s which caused a pipe inside the Stafford St store to burst, causing significant damage to stock.

All the staff and their families came in to help with the clean-up and within days the store reopened for its post-flood sale.

Despite it being a "major disaster", the memories of everyone pitching in to help and getting things up and running again were "some of the best".

"My husband was helping load trucks, there were people everywhere and that kind of stuff was really fun," she said.

While Mr Williamson was not involved with the business on a day-to-day level, as his two sons Matt and Pete had taken over, there was still an unbreakable bond between him and Mrs Westeneng, he said.

She was his go-to person for advice on just about everything.

"I’ve been writing her farewell speech for Saturday night and usually that is the type of thing I’d get her to have a look over. I can’t do that now," he said, laughing.

Mr Williamson acknowledged her years of work for store - "I owe a lot to her and I can’t thank her enough for it".

Mrs Westeneng’s retirement had been planned for some time and a new store manager was already in place.

Mrs Westeneng was going to spend more time with her husband at their crib on Otago Peninsula and be with her grandchildren.