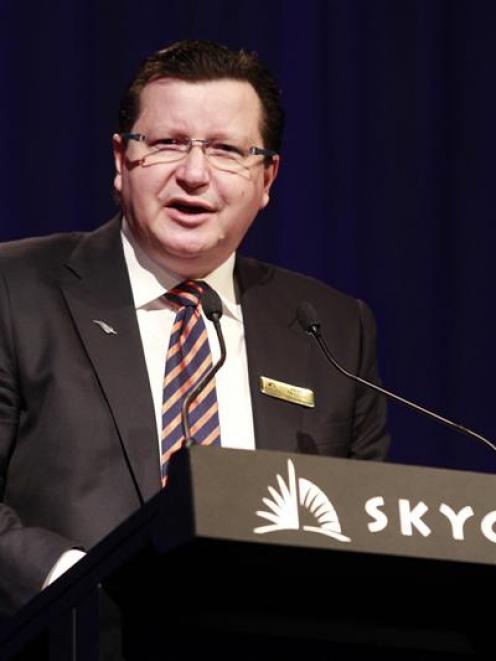 Nigel Morrison. Photo by The New Zealand Herald.
SkyCity Entertainment is not backing off from its desire to build a convention centre on its Auckland central city site, confirming yesterday it had bought additional land.

The additional land, adjacent to its Hobson St site, cost about $30 million and chief executive Nigel Morrison said the company remained committed to the development of the convention centre in Auckland.

He described the centre as a much-needed tourism development for Auckland, and New Zealand, provided the ultimate terms of the transaction remained "acceptable" to SkyCity.

"It is disappointing that we have not yet been able to conclude our negotiations with the New Zealand Government regarding the development of the New Zealand International Convention Centre - the process most recently stalling while the Auditor-general reviews the expression of interest process undertaken by the Ministry of Economic Development."

SkyCity's expectation was that the report would be completed in one month to two months, after which the company hoped to re-engage with the Government and conclude the negotiations, Mr Morrison said.

The additional land was bought in good faith and to facilitate a development of the scale demanded by the Government, he said.

The Ministry of Economic Development carried out an expressions-of-interest process in 2010 and in June 2011, the Government announced it was negotiating with SkyCity, whose proposal had been deemed the best option.

The decision to pursue a deal with SkyCity led to an outcry from anti-gambling advocates, who said an increase in pokie machines would harm the poor and vulnerable.

Green Party co-leader Metiria Turei sought an investigation from the Auditor-general in April this year.