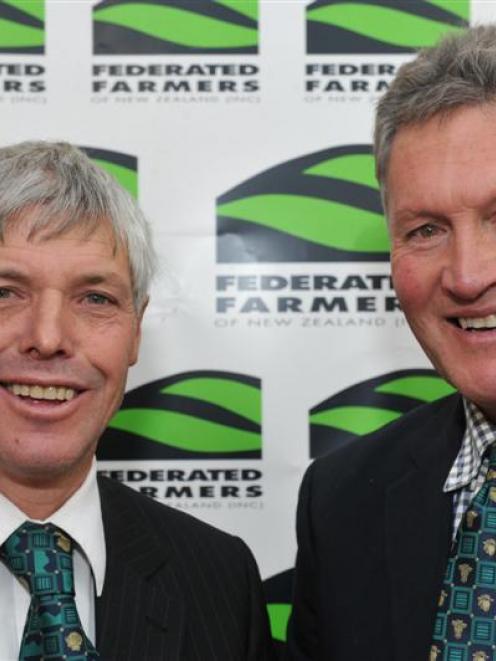 The results of small Waikato-based dairy co-operative Tatua and West Coast-based Westland Milk Products' might well ''far exceed'' Fonterra, so it might eventually need to front up and stop blaming volatility, which was experienced by all players in the market, Mr Crawford said in his report to Federated Farmers Otago's annual meeting in Dunedin yesterday.

''Fonterra's six-monthly results were disappointing, to say the least. The share/unit price has tumbled accordingly to below its float price, the market has spoken and confidence in New Zealand's No 1 rock star business has dwindled,'' he said.

The dividend was poor and Fonterra's strategy needed to start delivering, otherwise its 86% market share would shrink further.

Mr Crawford was also concerned about poor environmental leadership in the dairy industry, saying the ''silence was deafening'' when it came to Fish and Game's position being publicly challenged.

It was time to send a clear message to DairyNZ that it needed to be more proactive in that area, he said.

Outgoing Federated Farmers Otago president Stephen Korteweg, who is also a dairy farmer, said dairy farming had ''definitely seen highs and lows'' over the past 12 months.

''Forty-six percent back on last year's record price and a substantial rise will still be needed by the end of the season if we are going to get to the $4.75 forecast,'' Mr Korteweg said.

The dividend amount, at around 25c-30c forecast, was disappointing.

The real financial pain would be felt from the new season to about December, when cash flow was likely to be very tight, he said.

In his report to North Otago Federated Farmers annual meeting this week, Mr Strang said the Ministry of Business, Innovation and Employment was increasing staff numbers and putting a definite focus on the agricultural sector.

Farmers needed to accept there were areas in agriculture that needed improving and deal with them.

Federated Farmers was also working with government agencies to ensure employment legislation was practical and workable for the industry.

Stock must be treated humanely and not exploited. Social media would continue to ''reveal to the world'' those who did not meet those basic standards.

The environment, with a particular focus on water quality and the inputs that contributed to water degradation, was an issue with which farmers needed to stay continuously engaged. Many current policies would evolve and change over the coming years, he said.