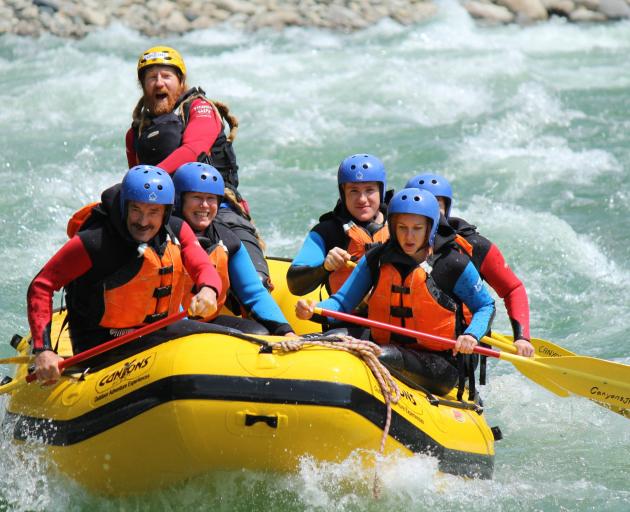 Japan-based adventure sports entrepreneur Mike Harris (back) sees New Zealand as the model for adventure tourism. PHOTOS: SUPPLIED
In 1994, Dunedin man Mike Harris finished university and headed to Japan to ski. He now owns an adventure sports business that turns over $5 million a year. Susan Strongman headed to a small mountain town in Japan to find out how.

Spend precisely one hour and 37 minutes on a bullet train heading north from Tokyo's Ueno Station, and you will be ejected from Japan's sprawling metropolis and deposited into the mountainous Gunma prefecture, which is home to a ginger-dreadlocked giant from Dunedin.

Mike Harris (46) has lived in the small onsen (hot spring) town of Minakami for more than 20 years.

His wife, Aki Harris, a former snowboarding champion, grew up there. So did their two teenagers, who have just been shipped off to boarding school in Nelson, while eldest son Sam is a rafting guide. Their golden retriever Scooby understands both English and Japanese. 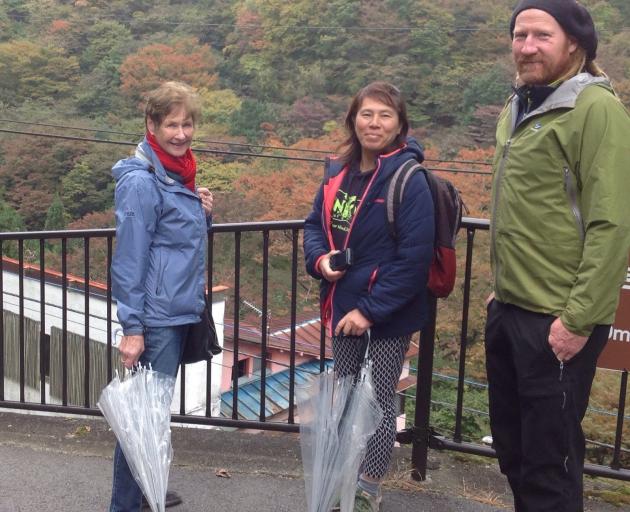 Mike Harris with his wife Aki and his mother Heather Cox in Minakami.
So how did this salt-of-the-earth South Islander end up a successful Japanese business owner?

In 1994, Harris - who attended Kavanagh College and was introduced to Japanese language and culture by a teacher - graduated from the University of Otago with degrees in Japanese and business, and headed to Japan on a working holiday.

He found a job at a ski resort in Hakuba, where he was one of only four or five non-Japanese staff and almost immediately bumped into a New Zealander who told him about another Kiwi guy with a rafting business in a town called Minakami.

That day, rafting on Minakami's Tone river, Harris flipped three times. "I got trashed, and was like 'Wow, this is awesome. I want to be part of this'."

He stayed on at the company for about three years, doing seasonal work as a rafting guide, before being asked to manage a Japanese rafting company in Minakami. 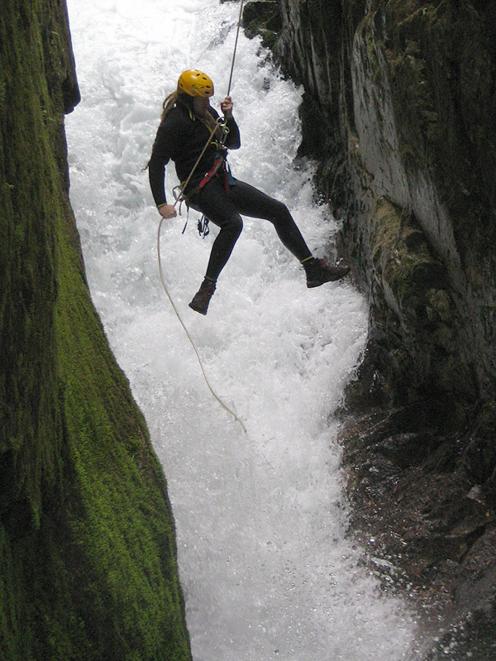 Business started to boom, then suddenly Harris and his wife had their first child on the way. It was 1998, he'd recently come across the sport of canyoning in Nepal, and thought it could work in Japan.

So that year, he became the first person in Japan to offer canyoning tours. The sport took off almost immediately.

"We started to get Japanese media coming up, you know, comedians and sort of, you know, famous people coming through TV shoots, and it just started to go nuts."

Eventually, he split away from the Japanese business and set up Canyons in 2000. But his path to multimillion-dollar business owner hasn't been all that straightforward.

When Harris first arrived in Minakami, the town was still riding the coat-tails of the asset price "bubble" - a time from the mid-1980s when prices were hugely inflated, which was followed, in the early 1990s, by a nationwide economic quagmire.

Few foreigners lived in the area, and its survival, aside from a small amount of agriculture, was dependent on winter and onsen tourism.

"I guess there was the old style of tourism [where] these massive buses with corporate groups would bring people up ... The main reason they'd come up was to have hot springs, and get drunk with all their peers," Harris says.

The groups would stay in large riverside hotels constructed in the bubble period.

"So when adventure tourism came in, and we were yahooing down the river, they were all, 'What are these guys doing?' It just looked totally dangerous [to them]. There was a lack of understanding about it. We couldn't actually join the tourism association, because they said, 'you guys, this is not tourism'. Fishermen would throw stones at us.

"I guess when any outsiders come into a small community, and they've had their ways up till now, it's always going to be hard," Harris says.

But as Japan's post-bubble economy stagnated, mass tourism began to decrease, and today about five large concrete hotels, now abandoned, slowly crumble into the river, their roofs caving in a little more under the weight of each winter snowfall.

Locals in the town began to see adventure tourism not as something crazy, but as an opportunity. "Fortunately, there was a few of the bed-and-breakfast owners that had travelled overseas and done rafting," Harris says.

As adventure tourism, rafting especially, started to increase, a lot more of the local small business owners started to support it.

Some of the locals came out rafting, and developed a new appreciation for the river they used to play in as children. 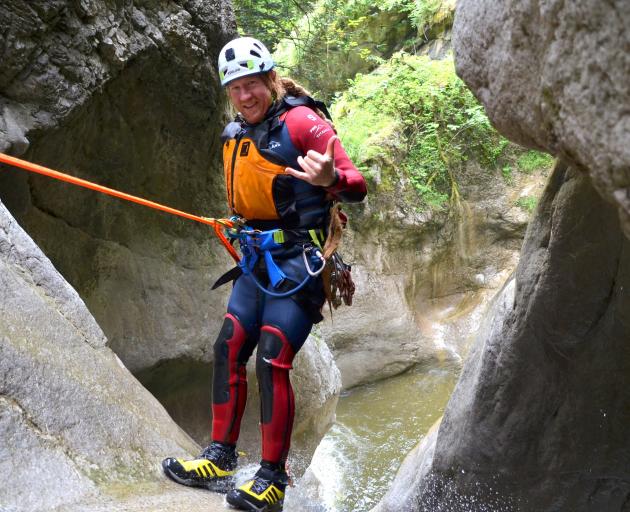 "The fishermen stopped throwing rocks at us. A lot of doors opened then, when that understanding started to happen. So that was a real turning point, I think, for adventure tourism in Minakami in general. That was around about 1997, about four years into the rafting scene happening here."

Previously not allowed to join the local tourism board, adventure tourism operators were welcomed with open arms. Harris believes this helped save Minakami from stagnation.

After breaking away from the Japanese-owned business and starting up Canyons, Harris experimented with franchises, which he soon put in the too-hard basket and settled on running the one company in Minakami. And there's no longer a handful of foreigners in town.

"I was the first Kiwi here doing the operations with adventure tourism. Then a mate of mine from high school ended up coming over and he runs a mountain biking business, which is cranking as well. And obviously the bungy guys had their sights set on Japan, so another guy from Auckland, who used to work for A.J. [Hackett], came over and started a company called Bungy Japan.

"So those are sort of the three main operations but there's quite a few Kiwi guides in town too who have the endless summer - they'll do the summer in New Zealand, then come up for another summer season over here. So there's probably around about 15 to 20 Kiwis in town." 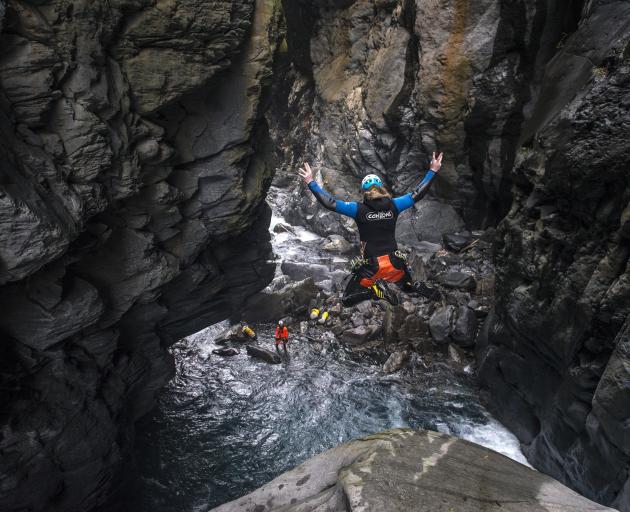 Canyons isn't just based at of Minakami, either. There are three other base locations that cater for the three main areas of business - a snowsports school, adventure tourism and outdoor education.

The three areas of the business mean Harris can keep staff on year-round, rather than only offering seasonal employment.

And it seems to be working - he says the business has grown 10%-15% over the past five years, and he expects an increase in the next few years, with Japan's current focus on tourism through events such as the Olympic Games and Rugby World Cup.

It's a spring afternoon in Minakami, and a flurry of snow, not yet enough to settle, has started to fall. On his way to a Kiwi mate's house to watch a Highlanders game, Harris stops into a local store to buy beer, and chats with the owner - a butcher, and techno DJ. The shop has been in his family for generations, he says.

The town seems to be one of those places where everyone knows everyone. Harris says much of the relationship building he's done over the years has relied on the what he calls "nomunication".

"'Nomu' means 'to drink'," he explains. "A lot of the locals like to indulge in quite a few sakes, which typically means you get dragged into sake drinking sessions every now and then. They can be quite heavy drinking sessions, but that's part of being a local in the mountains."

It also helped when, in 2010, he took the town's mayor and a bunch of its officials to Queenstown. Harris is focused on bringing world-class safety standards within the adventure sports industry to Japan, where the industry is unregulated, and he wanted to show them how the process worked in New Zealand.

"The mayor came back and he made a bylaw to say if you want to run an outdoor company in Minakami, you've got to be a part of this [adventure tourism] association, and this association sets the standards," Harris says.

"It's not perfect, but in Japan it's the highest level in the area at the moment."

Harris says sometimes the casual attitude towards regulation in Japan makes him want to bang his head against the wall, but he has spent a lot of time over the years bringing in trainers and assessors to keep upskilling his staff. 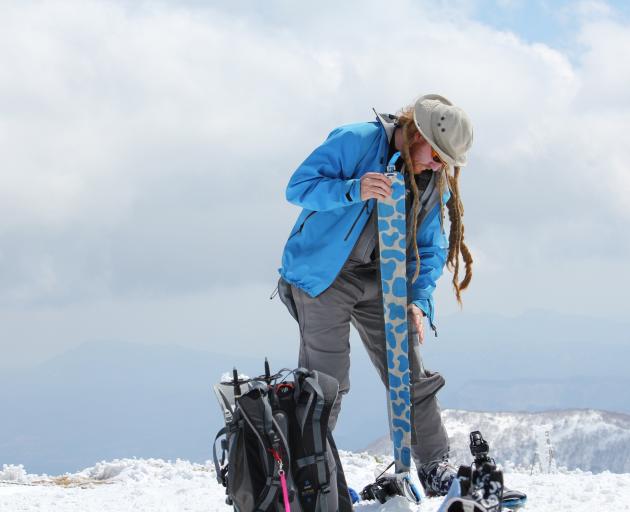 "I want to do it at international standards. We want to be the world-class ... to be leading the way and showing people in the industry in Japan this is the standard.

"I do a lot of work for the central government, for the national parks for the Ministry of Tourism, Ministry of Environment.

"And finally now, after 20-something years, we've started these conversations, this special committee about creating standards in Japan at a national level."

Harris says that with what he describes as an "adventure tourism boom" in Japan, he's excited to see how the industry evolves over the next decade.

He's hoping that rather than reinventing the wheel, Japan will take what New Zealand's industry has learned over the years and put it into practice.

"So I'm trying to connect things up at the government level now. Where the New Zealand government [and] Japanese government talk together. So it doesn't have to be me using all my time to do that. Hopefully, we can get an industry in Japan that's at a similar level to New Zealand ... That's the dream."

Susan Strongman travelled to Japan with funding from the Asia New Zealand Foundation. 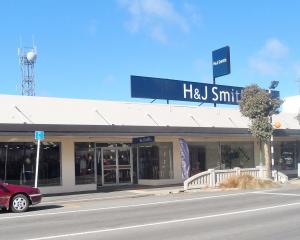 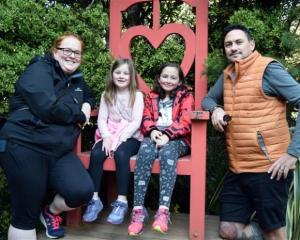 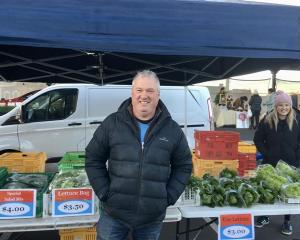