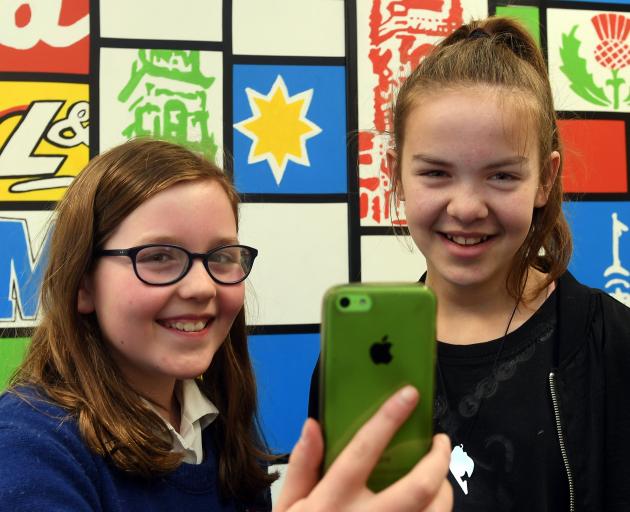 Neva (11), a pupil at Balmacewen Intermediate School, and Iris (10), from Sacred Heart School, both in Dunedin, worked with mentor Phillipa Dick from Hatch Education to create an app called G.I.R.L.S. - Guides in Real Life Situations.

It was a portal for advice and support for girls on issues such as bullying, divorce, friends and money.

This year was the first time the competition had been held in New Zealand and more than 50 teams registered.

Megan Macdiarmid, Laura Canton and Olivia Charles, from Columba College, developed On Track Dunedin, an app which focused on improving the health of Dunedin residents by encouraging them to complete walking tracks around the city. 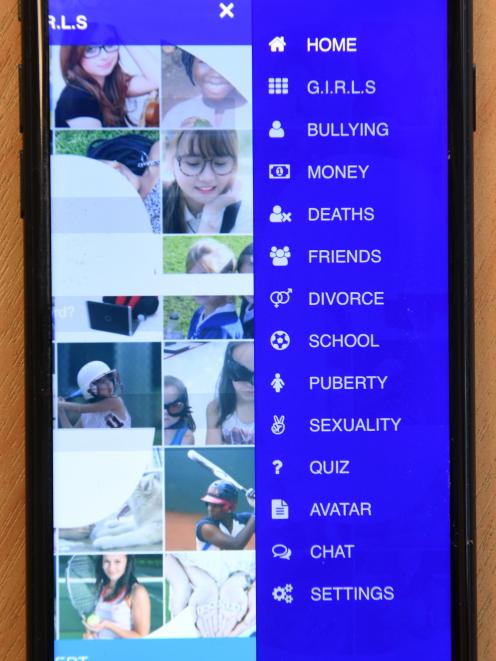 What the app looks like.
Miss Dick said Iris and Neva's project was completely driven by the girls, who threw around a few ideas before settling on G.I.R.L.S.

Hatch was founded by Miss Dick, who was driven by a desire to help youth in Dunedin get access to skills and tools to enable them to be creative and innovative with technology.

She loved their idea because it was very topical, and with only 22% of her clients being girls, she was also passionate about getting more girls involved in such projects.

Iris and Neva did not know each other before they met at an after-school programme Miss Dick was running. They took it very seriously and they were also ``so much fun'' to work with, she said.

She was particularly proud of them given there was only two of them and some teams numbered five or six.

In some ways, that was an advantage, though, because they connected so well over the issue, she said.

The project included developing a business plan, which had to show their background research and how they would make money.

As part of their work, they talked to a representative of the Children's Commissioner and also a psychologist.

Both girls were looking forward to the awards presentation in Wellington on September 25. They also knew there was some more work to do if they wanted to turn it into a proper functional app, and that was a possibility, Miss Dick said.