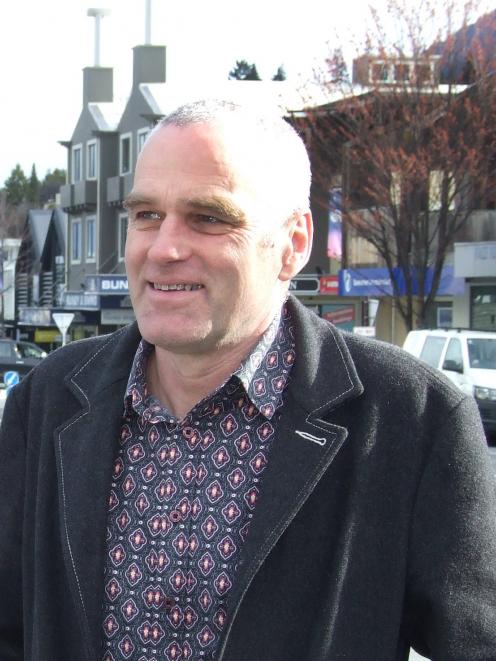 Peter Harris
Work is under way to move Queenstown and its surrounding areas away from a reliance on tourism, and that effort includes a push to attract start-up technology companies.

The area was proving to be a good place to start a technology company — particularly with the success of Queenstown-founded companies First Table, VoxSmart and Wai Innovation.

It was a way of beating the tight labour market and retaining employees.

"That will be a huge opportunity for us and I’d expect to see a lot more work done around that this year," Mr Harris said.

Tourism companies in the area were coming to terms with the fact it would be a long road to the industry’s recovery, he said.

One of the biggest challenges would be dealing a phenomenon described by the new term "Hogo" — hassle of going out.

People were wanting to travel less, to reduce the risk of exposing themselves to the virus.

There had been some confidence at the end of last year, but Omicron had "messed with those plans", Mr Olsen said.

"The economy is feeling that it is a case of if, not when, for an outbreak of Omicron and that is really knocking confidence."

Otago’s "strong backbone", particularly with strong commodity prices in the agriculture and horticulture sectors, should help "weather the storm", he said.

However, the ongoing labour shortages would continue to be a challenge for the primary sector.

"The returns that are going to be coming through for the primary sector are certainty upbeat ... but it will be a matter of finding people to do the jobs."

Shipping delays would also be an ongoing challenge for the primary sector.

"Both of those sectors have huge opportunities, but also huge challenges this year," he said.

The ongoing boom in the building industry, particularly with the region’s large infrastructure projects and residential developments, would have "big benefits".

Projects such as the new hospital and new ACC office builds provided good opportunities for those in the trades sector, although supply chain and labour issues would be significant.

With the traffic light system, it was hoped more events would be held at Forsyth Barr Stadium.

"Certainly towards the back end of this year, we hope to see some pretty significant activity," Mr Christie said.