Tiwai Point smelter review could affect up to 1000 jobs 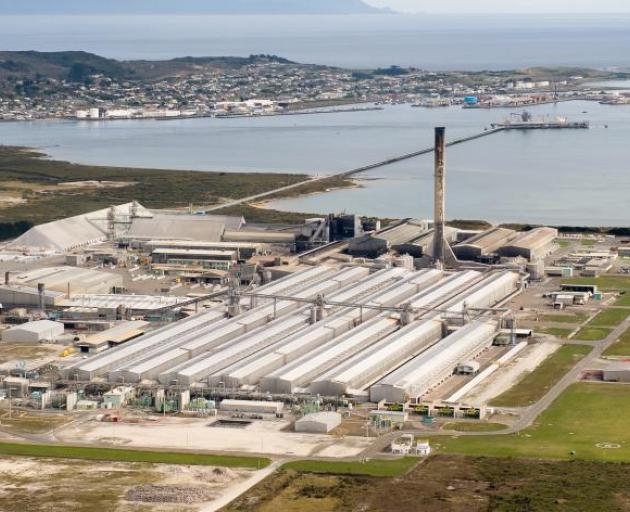 Up to 1000 jobs could be affected following a "strategic review" of the mine to determine its ongoing viability, according to its majority owner Rio Tinto.
NZAS is a joint venture between Rio Tinto (79.36%) and Sumitomo Chemical Company Limited (20.64%).

"We expect the short to medium outlook for the aluminium industry to be challenging and this asset to continue to be unprofitable," the Anglo-Australian mining multinational said in a statement.

The company says it intends to hold discussions with the Government of New Zealand and energy providers to explore options and "identify economically viable solutions to find a pathway to profitability for the asset."

"Rio Tinto will work with all stakeholders including the government, suppliers, communities and employees in order to find a solution that will ensure a profitable future for this plant.”

He didn't discount either curtailment of operations or closure following the review, which was expected to be completed early next year.

Chief Executive of Meridian Energy, Neal Barclay, says that the parties have been in dialogue for some time and “NZAS officials have advised us that the economics of the smelter have been challenged due to volatile international prices for aluminium, relatively high energy and transmission costs and an upcoming refurbishment bill to keep one of the potlines operational.”

During that time Meridian had tabled a number of proposed changes and concessions to its existing contract with NZAS.

“NZAS has advised Meridian that the changes we had offered to date on our contract fall short of the pricing for delivered energy that NZAS needs to re-establish its position as an internationally competitive aluminium smelter,” Barclay said.

“We remain open to negotiating with NZAS and its shareholders on the long-term requirements for the smelter.”

Meridian Energy said the contract between NZAS and Meridian runs to 2030 and provides price certainty for the smelter on 572MWh per hour (5,011 gigawatt hours per year) of electricity.

In the event of closure, the smelter owners would incur significant remediation costs, recently estimated by NZAS to be in the region of NZ$256 million.