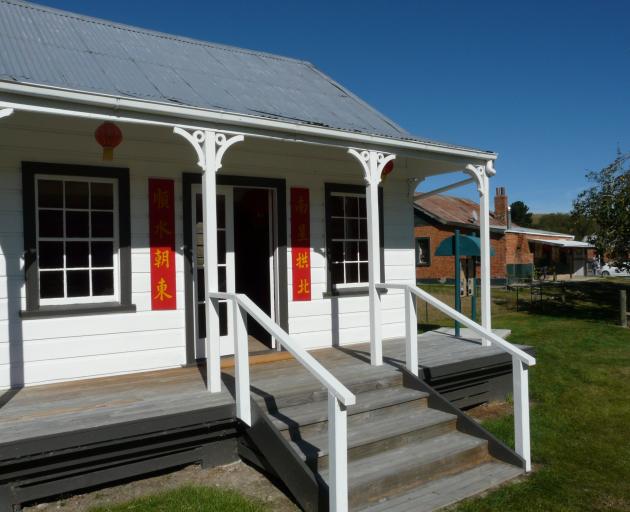 Poon Fah house at the Lawrence Chinese Camp. PHOTO: RICHARD DAVISON
The Asia New Zealand Foundation cannot go on its annual exchange to the continent, so it is exploring Asia in New Zealand.

A group of 16 business leaders and entrepreneurs have spent the weekend touring around Otago learning about the history of the Chinese in the region.

The aim of the weekend was to explore the hardships and discrimination faced by people of Chinese ethnicity during the gold-mining era and reflect how New Zealand has developed in its relationship with the region.

The group spent the day on Friday in Dunedin doing a series of lectures about the Chinese history in the city along with tours and a networking evening, then on Saturday they went to the Lawrence camp to learn about what happened there. The tour wrapped up yesterday in Arrowtown.

Co-ordinator Adam McConnochie said the group of 20 to 35-year-olds came from diverse backgrounds.

"We were able to select a group that did a few things ... some have quite a lot of knowledge about China’s history in New Zealand.

"Then there are a lot that don’t have a lot of knowledge. We have a number of descendants of Chinese gold miners," he said.

"Not just economically but socially, culturally, politically and what we know is that Kiwis understand how important Asia is to New Zealand’s [future] but ... they say they don’t understand enough about Asia.

"So I believe it is crucial that New Zealanders consider ways they can understand more about Asia. It doesn’t ... have to be spending a year learning the language, it can be talking to people, spending time with people.

"Our research shows, the more non-Asian Kiwis take the time to connect with Asian Kiwis, the more they understand and it becomes a really positive system," Mr McConnochie said.