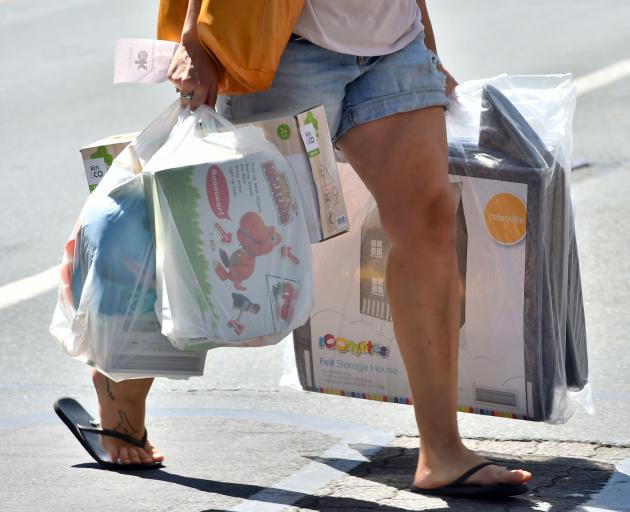 Low inflation is affecting the value of purchases. PHOTO: GREGOR RICHARDSON
New Zealand's low inflation rate is having an effect on the amount Kiwis are spending, the latest Paymark figures suggest.

One of the significant trends was a generally falling average transaction value, consistent with a low general inflation rate, spokesman Paul Brislen said.

The average transaction size in January of $47.36 was 2.2% lower than 12 months earlier. Some of the lower value reflected increasing use of cards for smaller payments.

``But the fact the rate of decline has increased in recent months is suggestive of low inflation pressure extending into 2018.''

A notable exception to the trend was the average transaction size at fuel stations, increasing 0.9% between January 2017 and January 2018 to $46.92.

Overall, the increase in spending from last year continued into January, although at a slower pace. Auckland remained one of the slower-growing regions in terms of spending.

The underlying annual spending growth rate of 5.3% was slightly below the average 5.4% in 2017.

Mr Brislen said the figures provided insights into how trends evident last year were shaping up this year.

Spending in Auckland-Northland was still growing but at a slower rate than in early 2017 and slower than in other regions. The 3.9% growth rate between January 2017 and January 2018 was similar to the 3.6% growth rates averaged in the second half of last year and below the 5.2% first-half 2017 average, he said.

Spending growth in the rest of New Zealand went from 6% in the first half of last year to 6.2% in the second half. It maintained 6.2% growth in January.