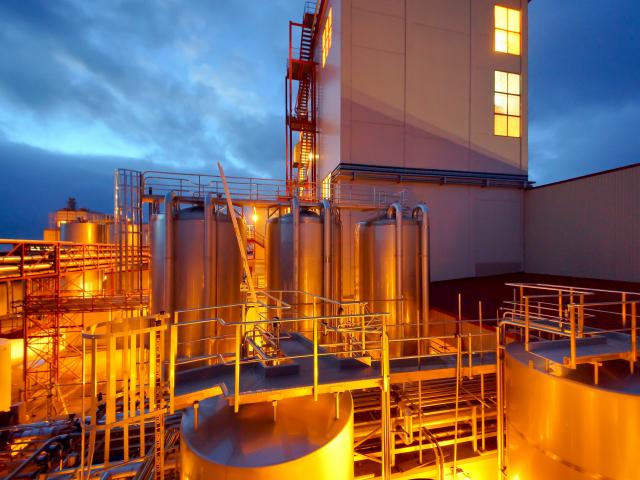 Subject to Overseas Investment Office approval, the co-operative that started in Hokitika in 1937 and grew into New Zealand’s second largest dairy exporter, will cease to exist from August 1. PHOTO: WESTLAND MILK PRODUCTS HOKITIKA
A lot of of West Coast farmers woke up yesterday relieved at the prospect of paying off their crippling debt from the sale of Westland Milk Products to the Chinese - but also wondering if their future is as rosy as the Westland board would have them believe.

Subject to Overseas Investment Office approval, the co-operative that started in Hokitika in 1937 and grew into New Zealand's second largest dairy exporter, will cease to exist from August 1.

For Hokitika, it means the town's two largest employers, Westland Milk Products and Silver Fern Farms meatworks - with a combined staff of about 650 - will soon be Chinese owned.

Westland Milk's new owner, Yili, has guaranteed to match Fonterra's milk price for the next 10 years, after several years of poor milk payouts under Westland's ownership.

However, Fonterra's share price took a hammering yesterday; $1 billion has been wiped off its market capitalisation in one month.

Mai Mai farmer Graeme Neylon, referring to the 10-year guarantee, said he was in the twilight of his dairy career, but longer term "it's an unknown".

"If the Fonterra price goes down ..."

In the medium to longer term, though, farmers would "just be price takers".

"They have lost the ability to influence any income."

While he agreed that Westland Milk's $350 million of debt was unsustainable, West Coast farmers had now lost the ability to make decisions.

"They've lost the ability to share in the profits of value added."

He also feared a lot of administration jobs from Hokitika would, in time, transfer to the east coast.

Yili now had Rolleston, thanks to the Westland Milk sale, and the Oceania dairy factory at Waimate.

"A lot of the admin will go to the east coast in the medium term. Anything's possible long term," Mr Kokshoorn said.

"We'll get a little boost in the short term, debt repaid. Money will go back into farmers' pockets. And there's the confidence factor - farms will sell better."

National Party list MP Maureen Pugh said the cash injection would come as a relief for many farmers and that boded well for the region for at least the next 10 years.

"I have been left wondering about the comments from the Minister of Primary Industries who, when chair of the select committee back in 2001, strongly supported WMP staying independent. At the time, it was argued that if WMP stayed independent they would lack the scale to compete in the global market.

"Now, 18 years later, after the business has failed, he is making the argument the company should not sell to achieve that scale. The farmers were right to secure their futures and the economic and social future of the region."

In an interview with RNZ on Thursday night, Westland Milk chairman Peter Morrison, of Canterbury, was asked twice if the sale marked an erosion of New Zealand control.

He responded "our farmers are going to get a comparable payout".

Asked what happened after 10 seasons, he said, "Yili wants our milk." - Greymouth Star