Trustpower open to working with third party to create scheme 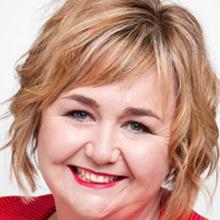 Megan Woods
Trustpower has indicated it is open to the possibility of working with a third party to undertake the Arnold River power scheme it shelved seven years ago as uneconomic.

Consents for the 46MW Arnold scheme - which involves extending the existing hydro scheme on the Arnold River between Lake Brunner and the Grey River - expire in December next year.

However, after the Government last week refused the Westpower proposal to develop a run-of-river hydro scheme (not a dam) on the Waitaha River, opponents have suggested revisiting the Arnold River proposal. Westpower, meanwhile, says it is exploring all options and has not ruled out applying for a judicial review of the decision.

The West Coast mayors and industries have been calling to make the region more self-sufficient in electricity. At present, most electricity has to be imported via the national grid. More local generation would reduce power prices - which are among the highest in the country at present - and provide a more reliable supply.

The Arnold River scheme - consented nine years ago after a big battle - has never been built and the consents expire next year.

Tauranga-based Trustpower indicated on Friday it might be willing to talk to a third party.

Arnold was cited as a reason not to build the Waitaha hydro scheme.

Energy and Resources Minister Megan Woods said in Parliament last week, when being grilled on the Waitaha decision: "There is currently three gigawatts of consented but unbuilt renewable generation in this country'', Dr Woods said.

Trustpower bought up private land in the Arnold Valley and won consent to expand the existing hydro dam only a week after the Pike River disaster in 2010.

However, with the Pike River coalmine gone, along with the closure of Solid Energy coalmines and the Grey River gold dredge, electricity demand dropped steeply and in 2012 the scheme was put on hold.

Power demand has only now started to rise again.

Trustpower general manager generation Stephen Fraser said on Friday the company had spent a considerable amount to gain the resource consents and it continued to re-evaluate the economics of the proposal.

However, current Government policy and forward electricity pricing did not support such a significant investment at present, Mr Fraser said.

"There are no plans to offer the consent to another party, but if approached we would be happy to discuss such an opportunity,'' he said.

Trustpower was mindful of energy resilience on the West Coast and was always looking for ways to improve performance and resilience.

"We are currently investing significant funds repairing a number of our generation assets on the Coast that were damaged during the recent flooding. We are continually investigating opportunities to improve efficiency of our supply and increase output at our sites here and around New Zealand in support of the aspirations to transition to a low-carbon, high-renewables economy.''

Grey Mayor Tony Kokshoorn said he and others spent 10 years fighting for the Arnold scheme, which in the end included the offer of a whitewater kayaking course at Stillwater as mitigation for opposition from the kayaking fraternity.

"Trustpower should have gone along and built it,'' Mr Kokshoorn said.

"The problem here with the Waitaha, is Government can't have its cake and eat it. We can't afford our power prices - they are 20% dearer than the east coast. To be competitive in manufacturing, we need to have a similar price. We have to be self-sufficient.''