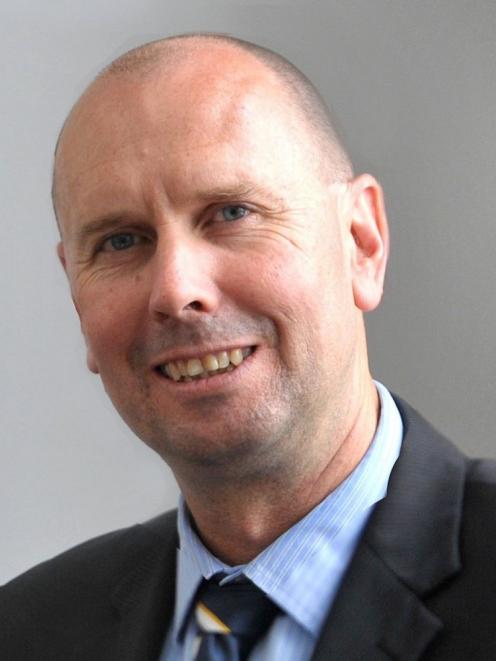 Dougal McGowan. PHOTO: ODT FILES
Unemployment rates in Otago and Southland rose during the past quarter, although underlying figures paint a more complex picture both regionally and nationally.

Unemployment in Otago rose from 3.9% to 4.7% during the three months to June, and was 1.7% higher than the same period last year, the latest figures from Stats NZ reveal.

Although the Southern figures remained comparable to national averages, the national unemployment rate fell by 0.2% to 4% this quarter, to match last year’s June rate.

Regional commentators reacted to the latest figures with a mixture of surprise and qualified optimism, although concerns remained about the longer-term post-lockdown economic environment.

"Certainly the basic unemployment rate still looks OK at 4.7%, but it’s important to dig a bit deeper and look at figures like the underutilisation rate, which has risen from 11.5% to 13.1%.

"That figure tells us how many people are seeking further hours, which in turn feeds into discretionary spending in the local economy. That’s a pretty significant increase." 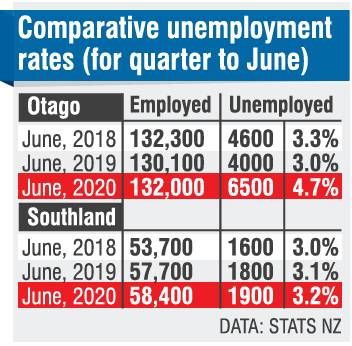 The underutilisation rate includes those who are unemployed, the employed who want to work more, and those not employed, but not seeking work.

Southland Chamber of Commerce president Neil McAra was cautiously optimistic about the latest unemployment figures, but sounded a similar note of caution.

"It’s surprising and pleasing to see the figures for Southland.

"When we look at things like the underutilisation rate and the wider regional picture, however, those figures could be masking the underlying situation."

Many Southland businesses were still expressing concern for their economic future when the wage subsidy ended in September, he said.

"Some sectors and some parts of the region are doing better than others, and that will continue to change as we move past the wage subsidy."

"As the wage subsidy ends, and as the post-lockdown spending honeymoon cools off, I believe both sets of data [unemployment and underutilisation] will get worse."

He said while "technically" the national unemployment figure of 4% looked better, it had only improved because to be considered unemployed, a person must be actively looking for work, which many could not do during the lockdown.

"Actively seeking work means going beyond browsing job vacancies. It means the person is applying for jobs, submitting their CV or contacting employers."

The unemployment rate was not the same as the number of people receiving Jobseeker Support.

Mr Broughton said other figures from the labour market data were more telling.

"About 650,000 people were away from their job, working fewer hours or less than they wanted, or were otherwise less active in the labour market.

"Underutilisation is a broad measure of spare capacity and is just as important as the unemployment rate."

The data has also shown a wide gender imbalance in total employment.

"While we don’t quite believe the numbers, the shock to women was especially harsh," KiwiBank economist Mary Jo Vergara said. — Additional reporting RNZ