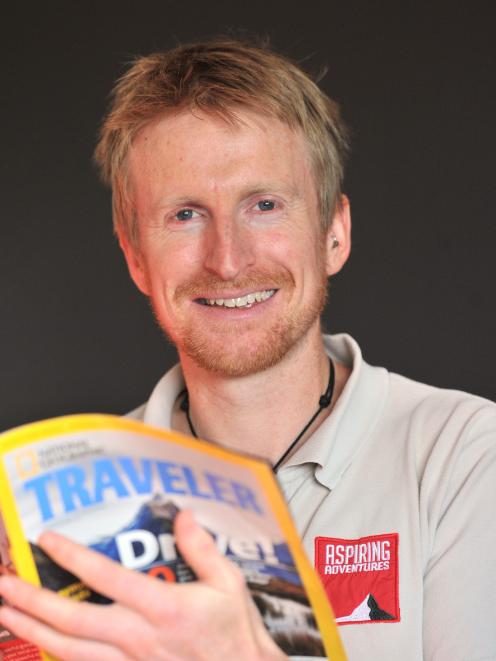 Aspiring Adventures co-founder Steve Wilson has tossed around the idea of virtual tours for the past four years. PHOTO: LINDA ROBERTSON
Lockdown does not have to mean an end to guided tours.

Only an end to the traditional tourist experience.

As Aspiring Adventures, a Dunedin-based international tour operator, saw the number of its guides in lockdown continue to grow, so did its need for creative ways to keep the company and its workers afloat.

The idea of a virtual tour suddenly made sense.

Co-founder Steve Wilson said he had tossed around the idea of virtual tours for the past four years.

About five weeks ago, when he woke up with the "weight of the world on his shoulders" as he worried about how he would keep his guides in work, the idea became a no-brainer.

While both the guide and guest remained in their homes, the tours would focus on the effects of the pandemic and how people in different towns around the world had coped with lockdowns.

Tours would involve guides walking around their town — when restrictions allowed it — and interacting through video with the person taking the tour.

He said it had been their job to connect with people and share stories, and a new online platform, called "Cooee", meant they could continue to do that.

"All over the world, people are struggling and isolated, and at the same time, they have access to a new kind of social connection, through technology ... we have tapped into something powerful here."

Its guides had also been quick to jump on board.

Mr Wilson said people from places around the world, including Australia, the United States and Canada, had booked a 45-minute tour; 46 bookings had been made within the first week.

The positive feedback from clients had been met with gratitude.

He said it had been hard to build the new platform while staff were dealing with the loss of their own jobs as they had known them.

You can find the project at www.cooee.co. Choose a location and tour guide to explore the world from the comfort of home!