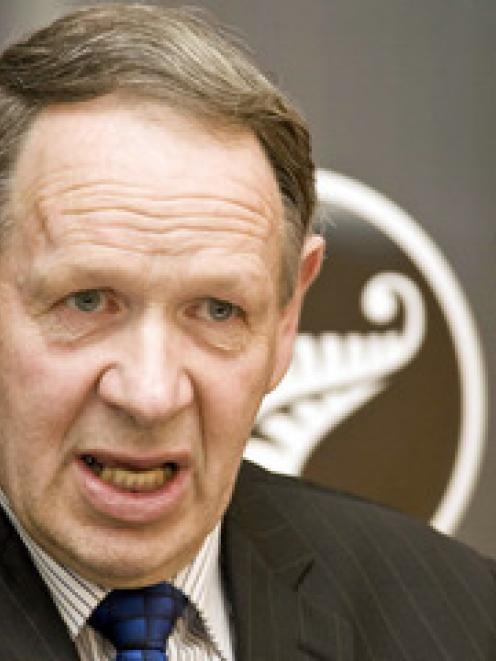 Silver Fern farmers will be asked to surrender control of their company to a partnership with Wrightson, with the two partners each having four members on the board.

In September, the 9000 farmers will vote on the deal, with a 75 percent majority needed to allow the cooperative's constitution to be changed.

The farmers' four directors will include one appointed by a farmer shareholder council within the company, New Zealand's largest meat processor.

"The big question is: who are the natural owners of the assets - is it the farmers or is it others?" Meat and Wool NZ chairman Mike Petersen.

"We're going to get answers now, from the vote the Silver Fern farmers have".

Cooperatives Association chairman Peter Macdougall said last night he was concerned about the effect on farmer income if half of Silver Fern Farms was sold to PGG Wrightson.

"This is a decision the members of the cooperative need to make. It comes down to how they believe they'll be getting the best dollar for their animals, and to what extent they want to retain control of their cooperative business."

"The same dollar can't go in two directions," he said.

"Farmer members will be interested to know how the cooperative can retain its cooperative status with PGG Wrightson holding half of the voting shares."

The Cooperative Companies Act 1996 only allows for 40 percent of investor shares in a cooperative.

PGG Wrightson is seeking a 50 percent stake in Silver Fern Farms, and offering to pay $220 million.

Silver Fern chairman Eoin Garden told a media briefing in Christchurch that the deal may generate savings of at least $60 million a year, and Wrightson chairman Craig Norgate said his listed company may sell $75 million of shares to pay for the investment. The rest would be borrowed.

In March, Alliance Group was knocked back by PPCS on a further mega-merger proposal, not realising PPCS had already been discussing the Wrightson partnership for a couple of months.

And last week, Meat and Wool NZ folded its industry taskforce after accountants PricewaterhouseCoopers said they baulked at drawing up an industry strategy. It did not know the same accountants had already compiled a strategy for Wrightson and Silver Fern.

The Wrightson strategy calls for a switch from having 70 percent of sheep slaughter taking place between December and May each year - originally to export frozen carcasses - to providing high-value chilled cuts all-year round.

The meat business will be driven by customer demand for specific cuts rather than processors trying to sell whatever farmers have produced.

Mr Norgate, whose company relies heavily on commission from the buying and selling of livestock, said: "We get a benefit if sheep and beef farmers are doing well".

Farmers will be offered guaranteed price contracts and guaranteed processing space in return for a commitment to supply particular animals at specific times.

Farmers will be advised on what animal genetics, grass and fodder plants to use, and how to manage their pastures. Wrightson will purchase the stock.

Silver Fern will process, market and deliver the product to market, targeting the boom growth of affluent consumers in places such as China and India.