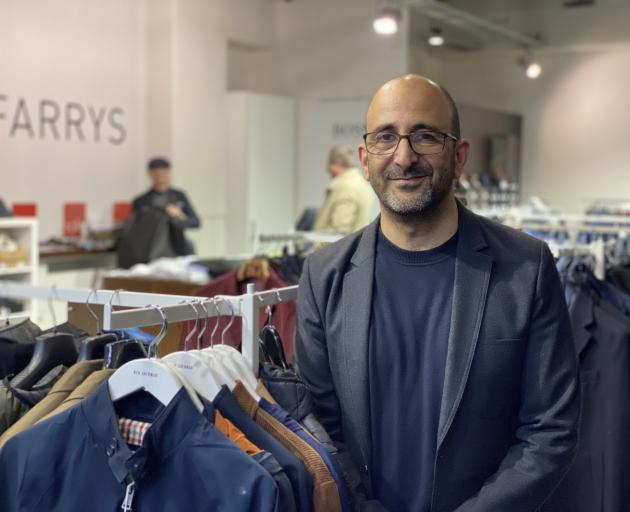 Gerard Farry will close his Wellington store later this year bringing an end to a nearly 90-year-old business. PHOTO: GABRIELLE RYAN
A Southern-born retail business will close its doors later this year after dressing New Zealanders for nearly 90 years.

The first Farrys retail store was opened in Gore in 1937 by Saba Farry and was subsequently operated by his son Gabriel, Gore’s first mayor, who died in 2017.

The brand grew to have stores in Invercargill and Dunedin and, in the 1990s,

Gerard Farry’s school holidays were spent in the stores helping out and, while studying at the University of Otago, he worked in the Dunedin store on a Friday night.

"That was our busiest night because there was no trade on the weekends so people would rush in on a Friday evening when we were open until 9pm. Times have changed since those days," he said.

The last store in the South Island was in Dunedin. It was closed in 2011 and its Auckland store closed in 2017.

After spending his career in the retail sector, Gerard Farry was closing the last remaining Farrys store in Wellington in November. 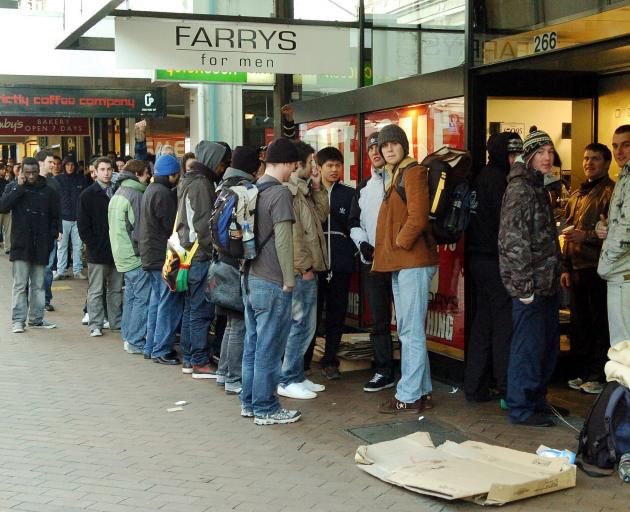 Bargain hunters form a 50m queue shortly before doors opened on a sale at Farrys’ store in Dunedin in 2009. PHOTO: ODT FILES
A mix of commercial and personal factors led to his decision including the death of his brother, Seba, earlier this year.

"I am the only one left. There is nobody else working in the business and I thought maybe it is time to give something else a go," he said.

The first Wellington store opened in Lambton Quay and was there for about 17 years. The business then moved to Willis St for 12 years and has been in Featherston St for the past 18 months.

The aftermath of the Covid-19 lockdown had also impacted on the business, and more people working from home and a more relaxed workplace had led to fewer people looking for high-end clothing.

"People just aren’t wearing suits to work any more and unfortunately jeans and T-shirts don’t pay the rent in the Wellington CBD, which is quite high," he said.

It had been "a blast" but the time was right to start a new chapter, Mr Farry said.

"It had been in the back of my mind for some time but Covid-19 probably sped it up.

"It was a very difficult decision but now I have made it, I feel good," he said.

The store manager had already found another job and the remaining staff were casuals from the university, Mr Farry said.