CDC: Election to be test of voter loyalty 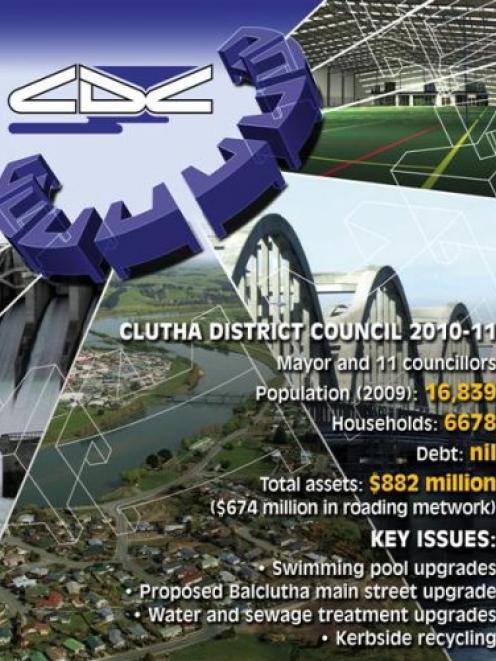 The last time there were several contenders for the Clutha district mayoralty was in 1998, on the retirement of Keith Fyall.

Five people stepped up to fill the gap and Juno Hayes was elected to the office ahead of David Mackie, Wayman Roughan, Ted Gallagher and Christopher Smith.

Twelve years on, the 2010 election will be a test of voter loyalty.

Campaigning on his track record, Mr Hayes believes his experience and network of contacts make him the ideal mayor to lead Clutha through the economic recession, while still maintaining key infrastructure and adding value to the district, at minimal cost to the ratepayer.

All three challengers believe the district "could be doing better", and people are ready for change.

They are campaigning on changing the status quo, arresting the district's population decline and suspending future rate rises.

The question voters will answer on October 9 is whether Mr Hayes still has the confidence of voters, or is it time for new leadership?Whoever takes the reins will be working with a new council, as several senior councillors head into retirement.