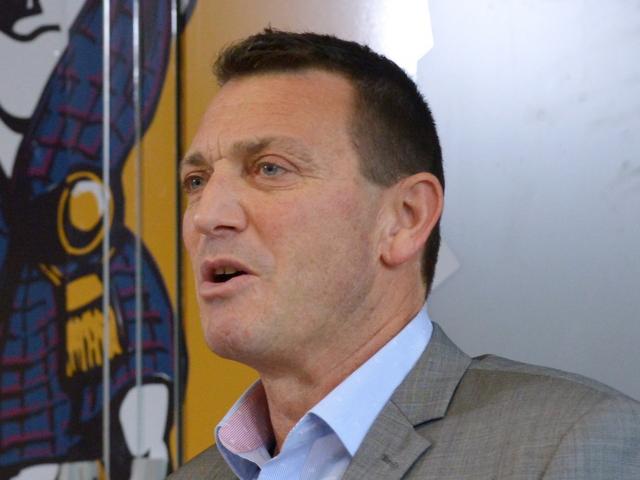 Roger Clark.
The Highlanders believe the right decision was made to cancel the derby game against the Crusaders even though it will make a hefty loss on the game.

The franchise said yesterday it did not have insurance to cover the financial losses incurred and many parties had to be consulted before the decision was made.

The decision to cancel the game was described yesterday as a difficult one to make which was not taken lightly. Many people had to be considered.

Highlanders chief executive Roger Clark said yesterday the game would not be replayed and Saturday was uncharted territory for the franchise and New Zealand Rugby.

''The way Saturday panned out for all of us was something we had never been through before...we had worked out there were a lot of people that had to be consulted - a large number of stakeholders, including the young men who had to go out and play the game,'' Clark said.

''In the end we came up with what we all agreed with was the right decision.''

The onus was on security on Friday night and to make sure Forsyth Barr Stadium was right to stage the game. But as the day went on, other issues emerged.

''To start with even on the Friday night, the biggest concern was security. So consultation was held with national and local police at all stages - right up to 10.30am on Saturday morning from a police perspective, and they were happy for the game to go ahead.''

Obviously there were wider issues to canvass, Clark said.

He said the wider issues were the wider Muslim community and whether it was it respectful to hold a game of rugby at the time.

Clark confirmed the Highlanders did not have insurance to cover the financial loss by having to refund all tickets. A crowd of at least 20,000 was expected, expected to have been the Highlanders' biggest crowd of the season.

When asked if he would seek compensation from Sanzaar or New Zealand Rugby, Clark said he did not have an answer.

Players reconvened yesterday and went out and trained as normal yesterday afternoon.

The side plays the Blues in Auckland on Friday night.

He said an incident at the stadium about noon on Saturday had no bearing on the decision to cancel the game. Police were called after a man was seen acting suspiciously but no further action was taken.

The sides would get two competition points each though the game is likely to be recorded as not being played, rather than a draw.

Highlanders coach Aaron Mauger said his heart sank when he heard of the attack.

Mauger, who comes from Christchurch, had been in contact with family and friends and was glad to say they were all safe. He played for the Linwood club, which was close to the mosque that was the scene of one of the attacks.

Mauger said once the game was called off the players were brought in and checked if they were all right.

''These guys are out there and they are scrutinised at most times. There were bigger issues on Saturday than a game of footy,'' Mauger said.

He did not know anyone personally who was a victim of the attacks, nor did the any of the players in Christchurch.

He did not want to comment on the suggestion of changing the name of the Crusaders.