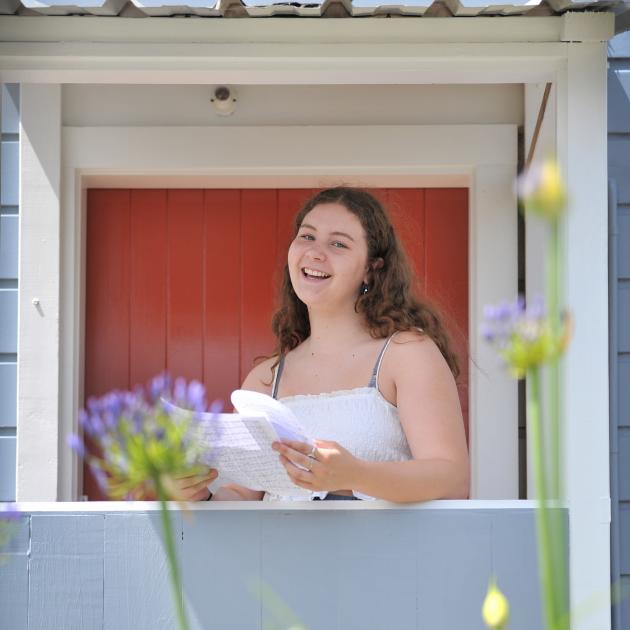 "It’s just an incredible opportunity I’ve been given to be part of this," she said.

"This is just amazing."

Miss Gibbs (18) is majoring in geography and sociology at the University of Otago, and is also studying for a music minor in classical voice.

She auditioned for the choir last November, and has attended her first workshop in Wellington.

She will join other members of a core Voices team in Auckland for a performance of Faure’s Requiem in April.

The usual joining age for the Voices is 25 years and over, but music director Dr Karen Grylls said she appreciated the choir would benefit from Lillian’s vocal skills.

Miss Gibbs said her entry to the choir was still sinking in, and several benefits were likely to result, including the chance to develop further through working with highly accomplished singers.

"I’ll get to sing with people with lots of experience and I’ll get to learn from them," she said.

Being included in the choir also gave her positive encouragement, and a higher profile could help bring her further opportunities in future, she said.

The talented soprano has also been accepted into the New Zealand Youth Choir, which is the national choir for ages 18 to 25.

She hoped to develop a musical career, which could eventually meaning shifting abroad.

However, she planned to continue her University of Otago geography and sociology studies.

"It’s good to have a backup," she added.

She grew up in Dunedin and said her life has been “filled with fantastic choral and singing experiences from an early age”.

Throughout her time at St Hilda’s Collegiate School, and more recently, she competed in many solo singing competitions, winning more than 25 individual awards.

Well done Lillian!, I am sure you will go far.