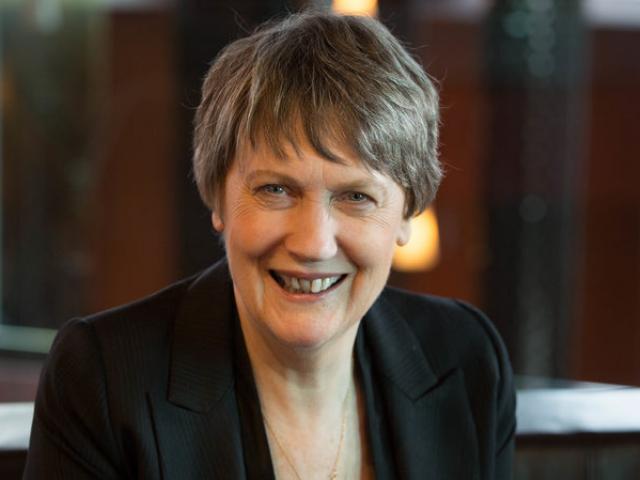 The current quarantine and testing processes are "ineffective" and could "come to haunt" the country if they are not replaced, they warn. And they should be replaced with more efficient and aggressive processes, which can cope with higher volumes of people coming in.

Speaking to Morning Report on Friday, Gluckman said planning for the future has become bogged down in an unhelpful shift to New Zealand's goals after the country went into lockdown - from trying to 'flatten the curve' of the numbers infected with the virus at any one time, to complete elimination.

"Nobody is saying open the borders today ... but at some time in the near future we have to have a strategy in place of gradually opening the border, because we cannot [keep it closed] indefinitely," he said.

The trio note Sir David Skegg's advice to the government Epidemic Committee that many epidemiologists accept "very low level" transmission within the definition of elimination.

"It is unrealistic to imagine that there'll never be cases of Covid in New Zealand. It's just logically inevitable." Gluckman said. "[Skeggs] made it clear that elimination meant reducing it to a predetermined low level - well we've done that, and we need to keep on doing that.

"The vaccine's still a long way away, there's no guarantee the vaccine will be complete coverage, some people will not accept the vaccine, and few vaccines are 100% protective. We can't sit here forever without thinking about the future."

No border protection measures could ever be foolproof, the trio said in the paper; "human failures will occur, and at some time a case will break through." But more aggressive detection and quarantine at the borders face that possibility head-on and reduce the risks, which means quarantine time could be reduced for those coming from low-risk countries.

'Cost-effective' tracing systems that could be considered include: a low-cost bluetooth-enabled card that could be distributed to every New Zealander, similar to one introduced in Singapore this week; or better cell phone bluetooth tracing options.

"Nobody is talking about changing the risk profile at all; unless New Zealand is prepared to stay in total isolation for the next two years or more, we are going to need to distinguish people of different levels of risk. And those of minimal risk still need to be assessed as they come into the country," Gluckman said.

"Countries like Taiwan, who have effectively controlled the spread of the virus are now cautiously reopening borders for some travel. We need to prepare.

"It's a matter of prudent government to start to think; 'now we've done so well, how do we proceed and keep the advantage that every New Zealander's achieved, but not create more problems into the future by not creating strategy and the necessary infrastructure."

Once the elections are over, they will be opened up slowly with the safe Pacific Islands and Taiwan/Hong Kong going first. Why, because paying half of the working population a wage subsidy is unsustainable, even for a socialist leaning government, whose leader was elected in 2007 as the President of the International Union of Socialist Youth (aka modern day equivalent of the communist Young Pioneers). The government's actions in the realm of the economy have a lot to be desired, but what else can you expect? public sector wages which Labour relies upon, are way ahead of those who pay their wages- the private sector. No wonder everyone wants to be government employee..that says a lot in the way we are heading as a country.